Inspired by last week’s New York Times front-page editorial calling for the confiscation of “large categories of weapons and ammunition,” a new article in the progressive-agenda magazine, New Republic, says that banning only some guns, but not all, is not enough. “It’s time to ban guns. Yes, all of them. . . . Get rid of guns in homes, and on the streets, and, as much as possible, on police. . . . Not just certain guns. Not just already-technically-illegal guns. All of them.”

Objectionable though they are, there’s nothing new about the Times’ and New Republics’ anti-gun opinions per se, however. It’s not news that some gun control supporters want all guns banned. It’s been that way for years. The difference is, gun control supporters used to pretend they were interested only in “reasonable” and “commonsense” gun control restrictions. Now they are telling everyone what they have always really wanted.

Things sure have changed. Consider the difference in the tactics of Democrat presidential candidates over the last several elections. When they were running for president, Bill Clinton, John Kerry and even Barack Obama tried to assuage voters’ concerns about their positions on guns by posing for photographs holding shotguns.

In 2008, Hillary Clinton did the same sort of thing in her run for the Democratic presidential nomination. CNN reported Clinton saying at the time, “You know, my dad took me out behind the cottage that my grandfather built on a little lake called Lake Winola outside of Scranton and taught me how to shoot when I was a little girl.”

But running for the Democrat nomination today, Clinton says that gun control opponents are like terrorists and shouldn’t be allowed to have their opinions. Asked during a debate with fellow Democrat candidates “which enemy are you most proud of,” Clinton responded, “the NRA,” along with “Republicans” and several others.

Time magazine notes, Clinton is “calling for a ‘national movement’ to ‘stand up to the NRA’ and lambasting Republicans for voting against gun control legislation.” It quotes Clinton saying, “What is wrong with us, that we cannot stand up to the NRA and the gun lobby, and the gun manufacturers they represent? We need to act and we need to build a movement.”

It’s easy to see how things have changed. But why have they changed? For one thing, since his reelection, President Obama has dropped his pro-gun pretenses, coming out strongly for banning “assault weapons” and magazines that hold more than 10 rounds, requiring background checks on private sales, and banning the purchase of firearms by anyone on secret government lists.  Where an anti-gun president will go, his anti-gun adherents will certainly follow.

However, Time says the reason for the change in anti-gun tactics is even bigger than that. “The Democratic Party at large has shifted,” it says. Moreover, “gun control advocates are more organized and better-funded than at any time in at least the last two decades. Groups such as Everytown for Gun Safety, bankrolled by billionaire Michael Bloomberg, and Americans for Responsible Solutions, former U.S. Rep. Gabrielle Giffords’ super PAC, are spending millions to counteract the NRA.” Anti-gun college professor Adam Winkler adds, “Democrats are starting to believe that a strong statement on gun control will motivate the [Democrat] base.”

Apparently, gun control supporters think this is their time in history, that they have the momentum, and that their victory is inevitable. Then again, something on the order of 100 million American adults, living in just under half of American households, own well over 300 million guns, including well over 100 million handguns and easily well over 10 million detachable-magazine semi-automatic rifles, such as the AR-15, which gun control supporters call “assault weapons.” And FBI data indicate that the annual number of gun purchases has been greater during the last four years than ever before.

If gun control supporters are unhinged now, imagine the state they will be in if that many gun owners come together to defeat Hillary Clinton and awake them from their anti-gun dreams on Election Day 2016. 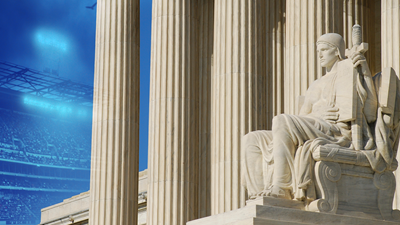