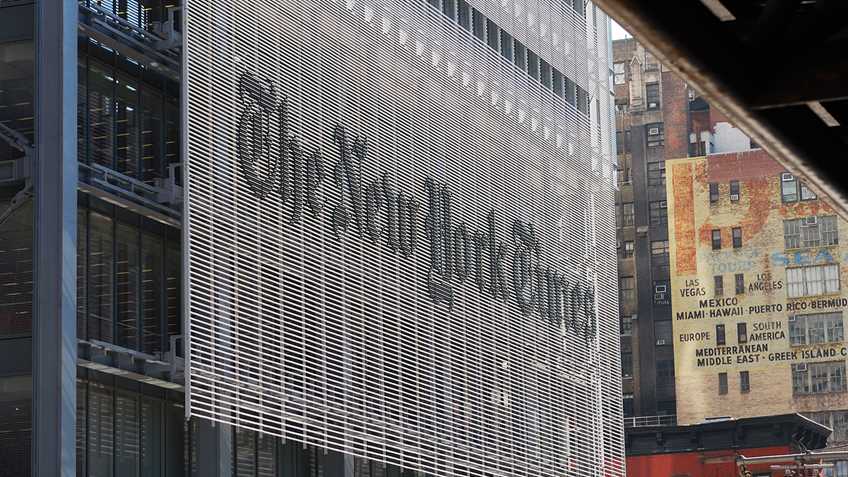 Never let it be said that the New York Times can’t recognize the important moments in American history, nor muster the courage to express its opinions on its front page when the situation demands. In 1920, for example, feeling strongly about the upcoming presidential election, the newspaper published a front-page editorial criticizing the Republican Party for nominating Warren Harding.

In that instance, it turned out that the Times was out of step with public opinion. Harding won the general election with over 60 percent of the popular vote, the fourth highest margin in American history. Otherwise, however, the newspaper’s editors have repeatedly resisted the temptation to take front-page editorial stands on issues it had the foresight to know would ultimately be recognized as the inconsequential ebbs and flows that are typical to any complex society in the modern era. Indeed, for the Times to opine on its front page, the circumstances would have to be truly important, the stuff of which history is made.

Thus, the Times refrained from making front-page comments on a number of transient developments that have long since been forgotten. Just a few of those that relate to two subjects in the news recently, individual rights and/or crime and terrorism, include:

The detaining of loyal Japanese-American citizens in internment camps (1942)

The 26th Amendment to the Constitution, extending voting rights to age 18 (1971)

The Munich Massacre at the Summer Olympics (1972)

The terrorist attack upon Americans in Benghazi (2012)

While none of these events warranted front page editorial coverage, last week the Times editors made the decision to take action.  For the first time in 95 years, it published its opinion on its front page, to say that AR-15s and similar firearms should be confiscated from the American people.

In End the Gun Epidemic in America, years, the Times said, “[i]t is a moral outrage and national disgrace that civilians can legally purchase weapons designed to kill people with brutal speed and efficiency. . . . It is past time to stop talking about halting the spread of firearms, and instead to reduce their number drastically — eliminating some large categories of weapons and ammunition. . . . Certain kinds of weapons, like the slightly modified combat rifles used in California, and certain kinds of ammunition, must be outlawed for civilian ownership. It is possible to define those guns in a clear and effective way and, yes, it would require Americans who own those kinds of weapons to give them up for the good of their fellow citizens.”

Once again, however, the Times is out of step with public opinion. Americans are buying firearms at an unprecedented rate, and many Americans who don’t own firearms support the right of others to do so. By “certain kinds of weapons,” the Times no doubt means the AR-15 and rifles of the same general type. But the AR-15 is the most popular rifle today, the most widely used rifle for home protection, defensive firearm training, and marksmanship competition, and it’s quickly becoming one of the most popular hunting rifles. In 2013, CNBC ran a special on the AR-15, aptly titling it “America’s Gun.” From roughly a half million 20 years ago, Americans now own over seven million AR-15s and likely an equal number of comparable rifles.

No one should be misled by the Times’ stipulation about “certain kinds of weapons,” however. Gun control supporters now propose “assault weapon” legislation that would ban the manufacture and sale of all semi-automatic shotguns, all detachable-magazine semi-automatic rifles, and other categories of firearms. Confiscating all of those guns, even if it were possible, would certainly “drastically” reduce the number of firearms in the United States.

On Monday, the newspaper explained why it advocated gun confiscation on its front page. Even though it admits that prior confiscation of tens of millions of semi-automatic rifles and shotguns “might not have prevented the San Bernardino shooting,” the paper “wanted to shout our frustration and anger from our rooftop.”

Presumably, the Times’ editors felt better after venting, but probably not for long. The Washington Post faulted the newspaper for thinking that anyone outside New York City gives a hoot what it shouts about. “Swing voters in Middle America aren’t its subscribers, and the swing voters in Congress don’t have to appeal to voters who care much about what the New York Times thinks,” the Post said. “In fact, you could make a pretty convincing case that this would have the opposite of the intended effect by overreaching on something most Americans simply don’t think will do much to prevent mass shootings.” And, we would add, inspiring yet another surge in Americans’ purchases of the very firearms that the Times despises.

A more complete list of significant events the Times did not consider worthy of front-page editorial coverage includes:

The Great Depression (1929), President Franklin D. Roosevelt’s plan to pack the Supreme Court with as many as 15 justices to guarantee rulings favorable to his liberal agenda (1937), the Nazi invasion of France (1940), Pearl Harbor and America’s declaration of war against Japan and Germany (1941), the detaining of loyal Japanese-American citizens in internment camps (1942), the Allied invasion of Normandy (1944), the dropping of nuclear bombs on Japan and the end of World War II (1945), and the founding of the United Nations (1945).

President Ronald Reagan’s landslide reelection (1984), the terrorist attack on Pan Am Flight 103 (1988), the fall of the Berlin Wall (1989), the dissolution of the Soviet Union (1991), the popularization of the Internet (mid-1990s), the impeachment of President Bill Clinton (1998), the Supreme Court’s decision in Bush v. Gore (2000); the terrorist attacks upon the World Trade Centers and the Pentagon (2001), the passage of the Patriot Act (2001), the election of America’s first black president (2008), the passage of Obamacare (2010), the elimination of terrorist mastermind Osama bin Laden (2011), the Supreme Court’s decision upholding Obamacare (2012), the terrorist attack upon an American diplomatic compound in Benghazi (2012), Edward Snowden’s revelation of the federal government’s massive collection of email and phone data (2013), and the Supreme Court’s decision favoring same-sex marriage (2015). 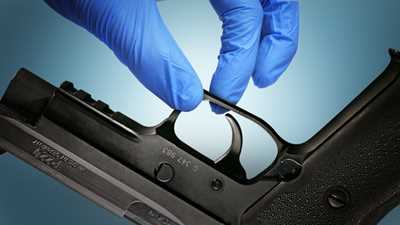