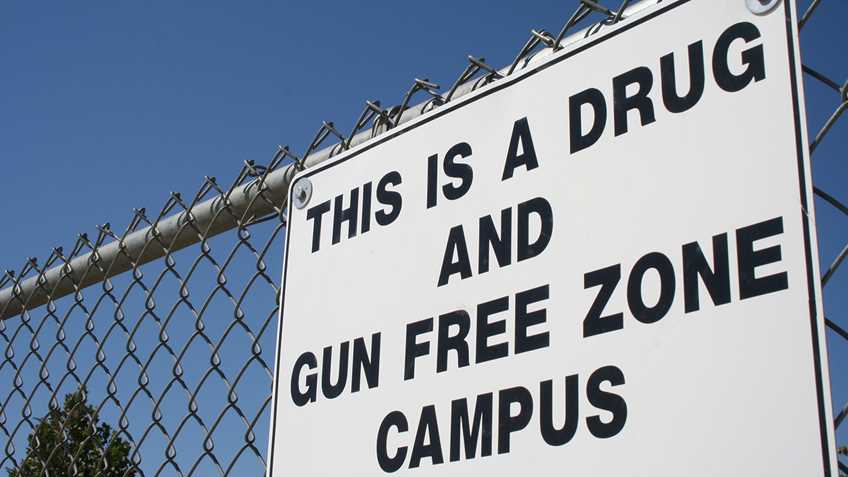 SB-68 Campus Carry by CW License Holders  by Senator Greg Evers (R-Baker) is scheduled to be heard in the Senate Higher Education Committee on Tuesday, October 20, 2015, at 9:00AM.

Under this bill, adults 21 years of age or older who have a valid Florida Concealed Weapons or Firearm License will have their rights restored and will be able to carry their concealed firearms on college or university campuses for protection.

YOUR ACTION ON THIS BILL IS CRITICAL

State university and college administrators, professors and faculty members are mounting a heavy lobbying effort against the bill.  Some of these "educators,"  who get paid with our tax dollars to teach our young men and women, are actively engaged in politics and lobbying against the constitutional right to carry firearms for protection.

(Block and Copy All email addresses into the "Send To" box)

It is imperative that you email these Committee members right away.

The  primary message of opponents of campus carry has been that Florida’s college and university administrators and their faculty union are all against campus carry.

Collective opposition from state universities administrators doesn’t make them right, it merely reveals their willingness to march in collective unison, while denying reality.

Just two days ago we received an email from EMILY'S LIST (an organization that promotes the election of very liberal women -- usually anti-gun -- to public office) concerning "shocking numbers" their research had found.

They reported that "one in five female college students is sexually assaulted."  They called it an epidemic of sexual assault on our nation's college campuses.

They further reported that 95% of sexual assaults go unreported and that only 10-25% of students found RESPONSIBLE for sexual assault are expelled.  And that attackers are more likely to graduate while survivors – victims – drop out.

The email was signed by Kate Black, Vice President of Research for EMILY'S LIST.

It was certainly a timely message from an unlikely group and it is yet another reason to pass this bill.

The plain truth is campuses are not safe.  They are "Gun-Free-Zones" where murderers, rapists, terrorists, and robbers may commit crimes without fear of being harmed by their victims.

It is a fact that the Florida Department of Law Enforcement supplies data showing that hundreds of sexual offenders live in very close proximity to Florida’s college and university campuses.  Maps showing where they live are designed to alert students and parents to the danger of sexual assault from these predators.

Studies by nationally recognized experts, including Dr. Gary Kleck -- a criminologist and researcher from FSU -- show that crime among people who carry guns for self-defense is almost nonexistent.

States that allow firearms to be carried on campus have not seen a rise in crimes committed with firearms.

Those who say police have done an adequate job of responding to campus shootings and controlling the situation must also acknowledge that police do the best job they can, but they are not there when the attack occurs.  They only arrive after the rape, robbery or other attack has happened.  Police can't stop the crime -- only the victim has a chance to actually stop it.  Denying the tools of self-defense creates more victims.

Further, claiming that police won't be able to tell a good guy with a gun from a bad guy with a gun is just nonsense.  They do that every day, in every jurisdiction and state in our nation.  The fact is there is no legitimate reason to deny adults, 21 years of age or older, who are licensed by the state to carry firearms for protection, to continue to carry when they step on a college campus.

These license holders have no criminal record, no record of mental illness, no record of alcohol or drug abuse and have had training in the safe use of a firearm.

Simply not liking guns, not trusting students, and not respecting the constitutional rights of others is not a legitimate reason to prohibit fundamental freedoms.

On Tuesday, May 18, the Senate Consumer Protection Committee will be meeting online at 10 a.m. and will discuss S.1048A by Sen. Zellnor Myrie.