Hillary Admits Gun Confiscation is ‘Worth Looking At’

Fairfax, Va. – Hillary Clinton said at a New Hampshire Town Hall today that gun confiscation is something “worth looking at.” Discussing the firearms confiscation program in Australia, Clinton admitted she would consider implementing such a system in America.

A voter asked “Recently, Australia managed to get away, or take away tens of thousands, millions, of handguns. In one year, they were all gone. Can we do that? If we can’t, why can’t we?”

Mrs. Clinton responded by describing Australia’s program, and then said “I think it would be worth considering doing it on the national level, if that could be arranged.”Chris Cox, executive director of The National Rifle Association’s Institute for Legislative Action, said, “This validates what the NRA has said all along. The real goal of gun control supporters is gun confiscation. Hillary Clinton, echoing President Obama's recent remarks on the same issue, made that very clear.”

Clinton's call for gun confiscation follows recent comments she made at a private fundraiser late last month. While expressing support for a ban on commonly owned semi-automatic firearms, Clinton stated her belief that the Supreme Court wrongly held that the Second Amendment guarantees an individual right to self-defense.  In her own words: “…the Supreme Court is wrong on the Second Amendment. And I am going to make that case every chance I get.”

"Hillary Clinton just doesn’t get it. The NRA’s strength lies in our five million members and the tens of millions of voters who support the Second Amendment,” Cox said.  “A majority of Americans support this freedom, and the Supreme Court was absolutely right to hold that the Second Amendment guarantees the fundamental, individual right to keep and bear arms. Hillary Clinton's extreme views are completely out of touch with the American people."

How you can help stop the Nevada universal gun registry initiative 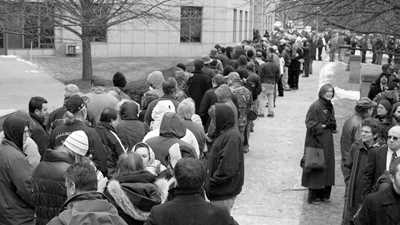