Most of the media attention on President Obama’s renewed calls for gun control has focused on the tone of his remarks, rather than on the substance of what he said. You don’t have to scratch very deep, however, to understand that what the president really wants to see in the U.S. is gun confiscation.

Reiterating his support for gun control last week, Obama vowed, “I am going to talk about this, on a regular basis, and I will politicize it.…”

For once, we are willing to take the president at his word.

Clearly, the president is infuriated with Congress and the American people for failing to adopt his gun control agenda, but what is he actually promoting by way of solutions? His recent speeches have been long on vitriol, but short on specifics.

Just as clearly, the president has been unwilling to entertain any idea that mass murders can be adequately addressed by means other than gun control. In his Oct. 2 remarks, for example, he dismissed talk of mental health reform, such as that supported by the NRA. He insisted that anger, mental illness, and violence are problems that all nations face, but the U.S. is unique in its level of “mass shootings” and “gun violence.” He admitted, “Levels of violence are on par, between the United States and other countries.” But because American violence more often involves firearms, firearms must be blamed.

Rather surprisingly, the president undermined the gun control movement’s current push for so-called “universal background checks.” According to the president, “we can't sort through and identify ahead of time who might take actions like this….” It’s hard to argue he’s wrong, as the latest tragedy he is politicizing was once again committed, according to ATF, with firearms obtained through dealers, after successful background checks.

The president has something more ambitious in mind, and he’s been consistent on this point for almost two years. As he has time after time in the past, the president on Oct. 1 invoked Australia and Great Britain – what he called “countries like ours” – as models for the U.S. They “have been able to craft laws that almost eliminate mass shootings,” the president lectured. They prove “there are ways to prevent it.”

What Obama is really proposing, despite some platitudes to the contrary, is the end of private firearm ownership for self-defense – which is essentially what happened in Australia and the U.K.  Below are summaries of those nations’ laws from the Library of Congress that make the point:

There is no constitutional right to keep and bear arms in Australia and Great Britain.

If you want to own a firearm in either country, you must first obtain the government’s permission, and you must prove to their satisfaction that you need it. Self-defense is neither a sufficient nor even legitimate reason to own a gun.

The most popular firearms in America are banned in Australia and Great Britain, no matter what a person’s reasons for owing them. Australia bans AR-15s and other semi-automatic rifles. Great Britain bans handguns.

After the bans were enacted, both countries forced residents to surrender prohibited guns to the government.

When the president complains that America refuses to enact “common-sense gun-safety laws” and rails against the ability of America to amass “arsenals” of guns and ammunition, confiscation is what he really has in mind.   To this end, he scoffed at the idea that more Americans should be armed or that anyone could in good faith oppose more gun control. “Does anybody really believe that?” he asked.

Obama has made it clear that he will continue to politicize tragedies in order to push his gun control agenda.  That’s really nothing new.  What is new is his admission that what he really wants to do is confiscate legally owned firearms.  Rest assured, the five million men and women of the National Rifle Association will continue to fight him every step of the way. 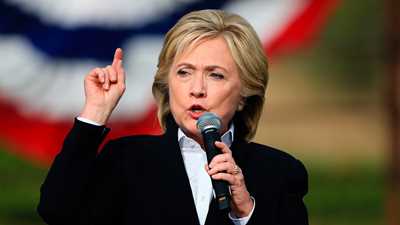