The NRA is supporting a lawsuit challenging the ordinance.

Unlike the state’s magazine law, individuals in the City of Los Angeles currently in lawful possession of these magazines will not be protected by a “grandfather” clause.  This ordinance effectively amounts to confiscation because the lawfully-owned magazines must either be turned in to the Los Angeles Police Department (LAPD) or removed from within city limits. Both options eliminate the inherent value in these magazines as tools for self-defense.  As such, attorneys bringing the lawsuit plan to ask the court to stop the ordinance from taking effect before Los Angeles residents are permanently deprived of their property.

Sunnyvale and San Francisco have already adopted similar ordinances, and both of those ordinances have likewise been challenged in court.  The NRA supported the case against the Sunnyvale ordinance that is currently awaiting a trial after the Ninth Circuit ruled against an attempt to prevent the ordinance from going into effect, reasoning that more facts are needed before a complete analysis can be done by the Court as to the ordinance’s constitutionality.

This ordinance will not prevent violent crime or mass shootings, but it does limit the Second Amendment rights of law-abiding gun owners who choose these magazines to defend themselves and their families.  As most gun owners already know, magazines holding more than ten rounds are standard equipment for many popular pistols and rifles, especially those that are selected for defensive purposes.  These standard capacity magazines are possessed by millions of law-abiding Americans for a variety of lawful purposes, including self-defense.

Ordinances like these give insight into what anti-gun activists will pursue if given the opportunity.  Law-abiding citizens who are in compliance with California’s already burdensome gun laws are not a public safety threat, yet Sunnyvale, San Francisco, and now Los Angeles are seeking to turn the law-abiding into criminals one step at a time.  While court battles against these ordinances continue, the best option for gun owners is to ensure that their elected representatives, including those at the local level, understand that ineffective, ideologically-driven restrictions on our Second Amendment rights have consequences at the ballot box.

The NRA is working hard in California to fight for you in Sacramento, in cities and counties across the state, in regulatory agencies, and in the courts.  Please help us fight for your right to choose to own a gun for sport, or to defend yourself and your family.   You can support our pro-Second Amendment efforts in California by donating to NRA Legal Action Project.  All donations will be spent to specifically benefit California gun owners.

Second Amendment supporters should be careful about supporting litigation or other efforts promised by other individuals and groups that lack the experience, resources, skill, or legal talent to be successful.  The NRA’s national team of highly regarded civil rights attorneys, legislative advocates, and scholars has the experience, resources, skill and expertise needed to maximize the potential for victory in California’s often hostile political environments.

For a summary of some of the many actions the NRA has taken on behalf of California gun owners, including the Peruta case, click here. 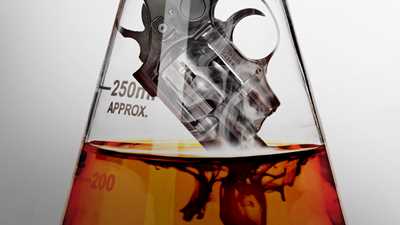