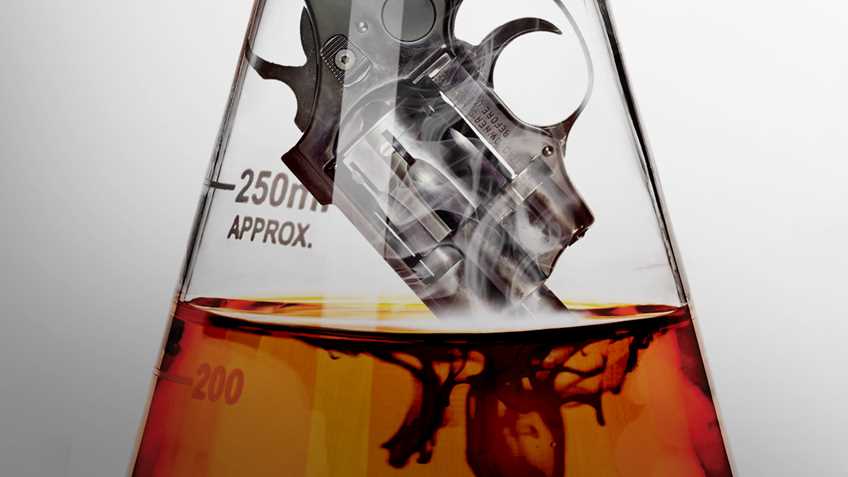 As gun owners see all too often, a favored tactic of the gun control crowd is to provide “scientific evidence” that supports their political agenda to continually undermine the Second Amendment. Of course, such “evidence” is anything but scientific, amounting to nothing more than a clever manipulation of data to advance their cause.

This tactic is nothing new in the battle over our Second Amendment-protected rights. In fact, the NRA has been fighting against the use of junk science to promote gun control since the 1970s and 1980s, when this approach emerged on the national political scene to support various firearm restrictions, including many of the early proposed bans on handguns.

Then in the 1990s, the NRA led the effort to stop the Centers for Disease Control and Prevention (CDC) from funneling millions of tax dollars to fund junk science that was designed from the get-go to promote the anti-gun political agenda. However, this limitation didn’t shut off the spigot through which millions of dollars flow to the same anti-gun researchers from left-wing philanthropic organizations like The Joyce Foundation and billionaires like Michael Bloomberg.Even a seasoned propagandist would blush at the level of coordination now employed by those arrayed against us…

In fact, Bloomberg’s largesse is now being used to support a changing paradigm that all gun owners need to be aware of. In late June, Bloomberg’s new anti-gun media arm—The Trace—was unveiled to much fanfare among various left-wing media outlets. Although cloaked as a “news outlet devoted to the prevention of violence,” the venture is more accurately described as the final piece of Bloomberg’s scheme to build an anti-gun propaganda juggernaut.

We’re already seeing evidence of the new apparatus at work. In fact, even a seasoned propagandist would blush at the level of coordination now employed by those arrayed against us, especially considering that at its core, the “science” they continue to promote is devoid of any basis in reality. As Vladimir Lenin is purported to have said, “A lie told often enough becomes the truth.”

Where once the mainstream media at least claimed to offer unbiased reporting for their readers, all pretense of an independent press has been discarded in favor of the broader coordination with anti-gun researchers to promote their agenda.

Their model is a simple one.

Step one, build the “evidence” that gun control is necessary through clever manipulation of data. Step two, relentlessly expose the American people to such “evidence” through the media. The facts don’t matter. Just keep pushing the lies until they become the new reality. Bloomberg’s The Trace will be the point of the spear in this effort. This is the very definition of a propaganda campaign at its insidious worst.

Elsewhere in this issue, I describe the June 12 introduction of the Handgun Purchaser Licensing Act (HPLA) in Congress. Just the day before, a “study” out of the Bloomberg School of Public Health at Johns Hopkins was published in an online journal purporting to show “evidence” that handgun licensing leads to lower crime rates. Obviously, the timing is no accident, and the “evidence” was anything but. However, the coordination this event illustrates is something of which we should be extremely wary.… Especially considering that at its core, the “science” they continue to promote is devoid of any basis in reality.

If the convenient timing weren’t enough to force the press to ask a few questions about coordination between supposedly objective researchers and members of Congress, one would think that the “science” of the study itself would have provoked a little investigation. But we’d be wrong to assume the mainstream media is actually interested in reporting reality.

A complicit media is the most important piece of a successful propaganda campaign. The media didn’t seek corroboration of the Bloomberg School “study” because the “evidence” it provided fit with the agenda. In the larger propaganda apparatus, the media’s role is “spreading the word,” not questioning or investigating the facts.

And this is exactly where the NRA and gun owners throughout the country come in. All of us must remain extra vigilant for instances in which we see the apparatus at work. On Facebook, Twitter, and all other social media sites, we must constantly challenge and question the “research” that allegedly supports gun control efforts or causes at any level of government. When you’re reading a blog, or even a local newspaper, be on the lookout for the anti-gun apparatus at work and be ready to fire off a letter to the editor, or provide a comment, when you know readers are being led astray.

It’s not always easy. Anti-gun researchers have vast resources at their disposal and can hide reality in mountains of complex data. But here are two of their favored devices for bending the truth to create the “evidence” to promote their agenda. Be on the lookout for these tactics.

When “cherry picking,” a researcher will limit the data of his or her investigation in support of a given conclusion. Any time you read about research that has a limited time frame or only analyzes data from a single state (instead of all 50) to provide conclusions, your “propaganda detector” should go on alert.  Even the anti-gun CDC admitted in 2013 that Defensive gun uses number from 500,000 to 3 million in the United States annually.  Instead of these long-recognized numbers, however, the VPC uses  258 “justifiable homicides” from 2012 for the bulk of its analysis.

As detailed by John Lott of the Crime Prevention Research Center, Daniel Webster of Bloomberg’s School of Public Health has “cherry picked” data in two of his most recent and well-publicized “studies” on state handgun licensing laws, one of which provided the centerpiece “evidence” for the HPLA discussed above. In fact, Lott’s analysis shows that if Webster’s research had been expanded to include more states and more years, his conclusions would have been much different. To wit, Lott shows that handgun licensing laws have had a negative impact on crime rates, instead of supporting Webster’s claims that such laws are positive. Again, when you hear about a researcher limiting their data when they don’t have a valid reason for doing so, “cherry picking” to drive a conclusion may be the reason.

Garbage In, Garbage Out

The Violence Policy Center (VPC), led by gun prohibitionist Josh Sugarmann, is notorious for “cooking” data to promote anti-gun measures. It seems that every few weeks, the VPC updates its “study” of the comparison between defensive gun uses (DGUs) and criminal gun homicides and reaches the conclusion that because DGUs are a “rare” occurrence, politicians should regulate private firearm ownership into oblivion. Unfortunately, like all VPC “studies” that defy even a basic understanding of firearm ownership and use in the United States, the “rare” occurrence of DGU claims was reported by the media without question, further investigation or corroboration.

Of course, VPC claims not only fly in the face of common sense, but fail to recognize several credible measures of DGUs that have been repeatedly documented in previous work. Gary Kleck and Marc Gertz established the benchmark study of DGUs in 1995, when they estimated that firearms are used approximately 2.5 million times a year for self-defense. Even the anti-gun CDC admitted in 2013 that DGUs number from 500,000 to 3 million in the United States annually. Instead of these long-recognized numbers, however, the VPC uses 258 “justifiable homicides” from 2012 for the bulk of its analysis. Forget having a statistics degree, common sense is all one needs to know that VPC’s misuse of data is part and parcel of their ongoing attempt to continually undermine the Second Amendment in any way they possibly can.

These are just two of the ways researchers will bend the truth in order to create “evidence” to promote their anti-gun agenda at all levels of government. In future columns and articles, I will discuss other methods of data manipulation so that gun owners can become knowledgeable about the full arsenal of tactics the other side will deploy in our broader fight to protect the Second Amendment. In the meantime, the NRA will continue to challenge the anti-gun propagandists at every turn.

Court: People in U.S. illegally have constitutional right to bear arms but still can't by law