Delaware: Update on Legislation as the General Assembly Adjourns

Early this morning, the Delaware General Assembly adjourned from their legislative Session.  Below are updates of important pieces of legislation that affect your second amendment rights:

The substitute bill for Senate Bill 83 has now passed both the Delaware Senate and House of Representatives.  SB 83, as previously reported, was an anti-gun bill designed to bypass due process to deprive gun owners of their rights in domestic abuse proceedings.  Your NRA-ILA was able to amend the bill to remove the most egregious of the due process violations as well as include an alternative to gun owners being forced to relinquish their property to law enforcement agencies.  The substitute bill, as passed, removes ex parte orders from those Court orders which are nationally prohibitive for firearms rights, guaranteeing that Delaware residents will not become prohibited persons without due process of law.  SB 83 is expected to be signed by Governor Jack Markell (D).

Senate Bill 68, as previously reported, passed both the Delaware Senate and House of Representatives.  This legislation is intended to protect children during their online activities by prohibiting the marketing or advertising of services or products deemed “harmful to children,” on websites that are considered “directed to children.”  In SB 68, firearms and firearm training courses are considered products deemed “harmful to children.”  Unfortunately, the bill that has been sent to Governor Markell is without a NRA-supported amendment to remove firearms and ammunition from the provisions of this bill.

House Bill 192 and House Bill 201, passed both the Delaware Senate and House of Representatives. These bills allow Delaware municipalities (HB 192) and counties (HB 201) to enact ordinances prohibiting open carry of firearms in local government buildings.  These bills are an opt-in programs, requiring municipal or county governments to take their own action to enact such a provision, and requires that any such provision include exceptions for holders of Delaware carry permits, and excludes the display of firearms inadvertently or when used in defense of self or others.

Senate Bill 156, as previously reported, was recently introduced to the Delaware Senate and has not moved from its assigned committee.  With the adjournment of the legislature there will be no more action on SB 156 in 2015.  Delaware does roll legislation over from session to session, so SB 156 could be brought back during the General Assembly’s 2016 Legislative Session.

Under SB 156, the sale, purchase, and possession with intent to sell of any ivory, ivory product, or items which include any animal’s teeth or tusks would be prohibited.  Virtually any currently lawful item containing any amount of ivory, except documented antiques, would be rendered valueless as it could be a misdemeanor for you to sell it or for another person to buy it. The prohibitions within SB 156 are even stricter than recent federal proposals to further restrict domestic sales of ivory.  There will be severe penalties and fines for persons found guilty of selling ivory, ivory products, rhinoceros horns and similar items.  Historically, the U.S. Fish and Wildlife Service maintained the position that most ivory in the U.S. has been legally imported and that its sale in the U.S. did not materially contribute to the illegal ivory trade.

Also, House Bill 217 was introduced last night and has been assigned to the House Public Safety & Homeland Security Committee.  HB 217 is designed to require that firearms which are recovered from crime scenes be entered into the National Crime Information Center firearm database system.  With the adjournment of the legislature there will be no more action on HB 217 in 2015, although it could see action in 2016.  Your NRA has concerns about the language present in this bill and is aware of the issues that this legislation could present.  We will continue to keep you updated on this bill when the legislature reconvenes in 2016. 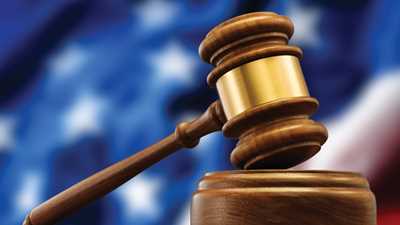