Delaware: Bill that Violates Due Process Could be Voted on as Early as Tomorrow!

As early as tomorrow, June 11, the Delaware Senate could vote on Senate Bill 83.  This legislation would exceed current Delaware and federal law and cause persons subject to an ex parte abuse order, which can be issued absent any evidence that a criminal act was committed, to immediately lose their Second Amendment rights.  Upon issuance of the order, a person would be disqualified from owning, possessing or controlling any firearms or ammunition.

It is critical that you contact your state Senator and urge him or her to OPPOSE this legislation that violates due process and erodes your Second Amendment rights.  Click the above button to take action now!

IN THIS ARTICLE
Delaware Gun Ownership Due Process
TRENDING NOW 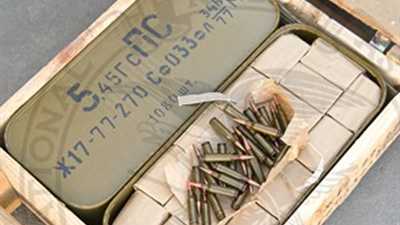