Yesterday, the New York Legislature adjourned from its 2015 Legislative Session.  This session saw a number of victories for gun owners as well as the introduction of legislation to reform the radical, anti-gun NY Safe Act.

As previously reported, reforms to the NY SAFE Act have seen movement in the state Senate.  Following a leadership change in the Senate Majority earlier in the year, there appears to be a willingness to revisit some of the provisions of the SAFE Act and your NRA will continue to fight for the full repeal of this egregious law.

Another victory in the Legislature came when the Senate recalled Senate Bill 4686.  This harmful legislation, backed by animal “rights” groups, sought to ban the importation, possession, sale or transportation of the “Big Five African Species,” including hunting trophies.  According to the bill’s definition, the “Big Five African Species” means the African elephant, African lion, African leopard, black rhinoceros and white rhinoceros.

The NRA has actively opposed this legislation as it would have prevented hunters in New York from participating in legal hunting activity and bringing home their trophies.  It would also have had a deleterious impact on these species by restricting sportsmen who are willing to invest tens of thousands of dollars for these hunts.  This money is a critical component of wildlife conservation efforts in Africa.

Thank you to NRA members and Second Amendment supporters in New York who contacted their lawmakers to voice their opinions on these important measures.  Your NRA will continue to fight for your rights in the Empire State.

Serious Anti-Gunners Show What Compromise on Gun Control Would Mean 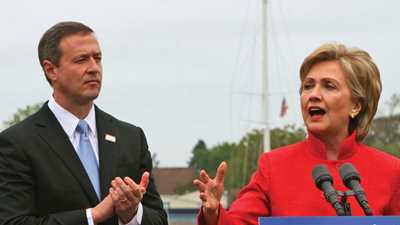