Monday must have been a hard day for New York Times columnist Charles Blow, given the anti-gun, anti-NRA tone of his previous musings.

Two years ago, when the Senate voted down the gun control restrictions President Obama was pushing, Blow blamed it on the "Politics of Paranoia." A contemporary Pew Research Center poll had found that 51 percent of Republicans approved of the Senate votes, and the way Blow figured it, that proved "how frightened of the government far-right Republicans are." Never mind that 22 percent of Democrats agreed with the Republicans who opposed gun control.

Last week, Blow attacked NRA’s Wayne LaPierre for criticizing Obama and presidential candidate Hillary Clinton, saying "America is moving forward, tilting and transforming, and the bulwarks of traditional powers [including the NRA and other folks Blow seems to not like] are crumbling."

On Monday, however, Blow suddenly reversed himself, saying that "the N.R.A. appears to be winning" the perennial gun control debate.

What got NRA from "crumbling" to "winning" in four days--in Blow’s determinedly anti-gun mind, at least--were two articles published earlier this month. One, by the Washington Times, noted that U.S. firearm production and purchases have soared over the last few years. The other, by the Pew organization’s founding director, Andrew Kohut, noted that a poll the organization conducted in December found that a majority of Americans now support gun ownership over gun control, and believe that guns help protect people against crime.

Kohut noted that "Republicans have become far more supportive of gun rights during the Obama years" and "[t]he rise in support for gun rights has also spanned many other regional and demographic groups." However, he suggested that the more important factor is the increased support for gun ownership among Americans who are worried about crime.

With all of the attention to detail we have come to expect from gun control supporters, Blow confused Kohut’s article with his organization’s December poll, but that is the least of Blow’s mistakes.

Americans support gun ownership primarily because they know they themselves are safer by owning guns, and because violent crime has decreased by leaps and bounds as the ownership of handguns and other firearms that gun control supporters have singled out for extinction have risen to all-time highs. Were it not for his blinders, Blow might have noticed that for himself. 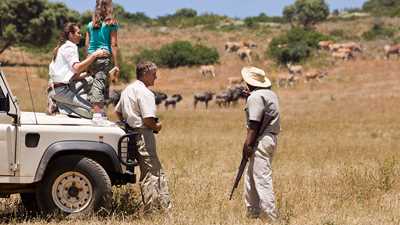