Congressmen with America's Most Popular Rifle: A Cause for Panic in DC

Last week, Rep. Ken Buck (R-Colo.) tweeted a picture of himself and Rep. Trey Gowdy (R-S.C) holding an AR-15.  Rep. Buck later reported that the photo was taken in his Capitol Hill House office.  While a photo of two congressmen posing with the most popular rifle in the United States (and one trigger-locked and without a bolt carrier group at that) shouldn’t raise any rational public safety concerns, it apparently caused enough handwringing for the D.C. Attorney General’s Office that they referred the picture to the Metropolitan Police Department for further investigation.

The AG’s office seemed to have allowed their irrational fear of guns (or maybe of Republican lawmakers) to get a little ahead of their knowledge of the laws they are charged with enforcing. That’s because federal law, not D.C. law, controls on Capitol grounds, and the federal rules pertaining to firearms possession by members of Congress are perfectly clear.   Federal law generally provides that “[a]n individual or group of individuals . . . except as authorized by regulations prescribed by the Capitol Police Board . . . may not carry on or have readily accessible to any individual on the Grounds or in any of the Capitol Buildings a firearm . . . .”  However, there is an exemption that applies to “any act performed in the lawful discharge of official duties by . . . a Member of Congress . . . . “The Capitol Police Board regulations implementing this statute state, “[A]ny member of Congress” is eligible under the regulation to “maintain[] firearms within the confines of his [or her] office,” as well as to “transport[] within the Capitol grounds firearms unloaded and securely wrapped.”  So, Rep. Buck and Rep. Gowdy were acting squarely within the applicable law when the photo was taken.

The Firearm Owners Protection Act of 1986 (“FOPA”) was passed in part to cover individuals exactly like Rep. Buck.  Where a lawful gun owner can lawfully possess and carry a firearm in both the origin and destination of a journey, the gun owner may lawfully pass through any intervening jurisdiction, notwithstanding its restrictive gun laws, as long as the gun owner stores the firearm in compliance with FOPA during transportation.  The D.C. Code contains a similar transportation provision, of which the D.C. Attorney General’s Office is hopefully aware.

That a photo of two congressmen peacefully posing with what has been commonly referred to as “America’s Rifle” led to so many questions about possible violations of local D.C. law further underscores the importance of “The Second Amendment Enforcement Act of 2015.” This federal legislation would restore an American concept of the Second Amendment to the Nation’s Capitol, where local officials like to pretend the right to keep and bear arms doesn’t exist or apply to their actions. 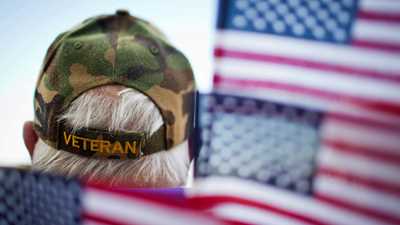