Don’t Think The BATFE Will Stop At Green 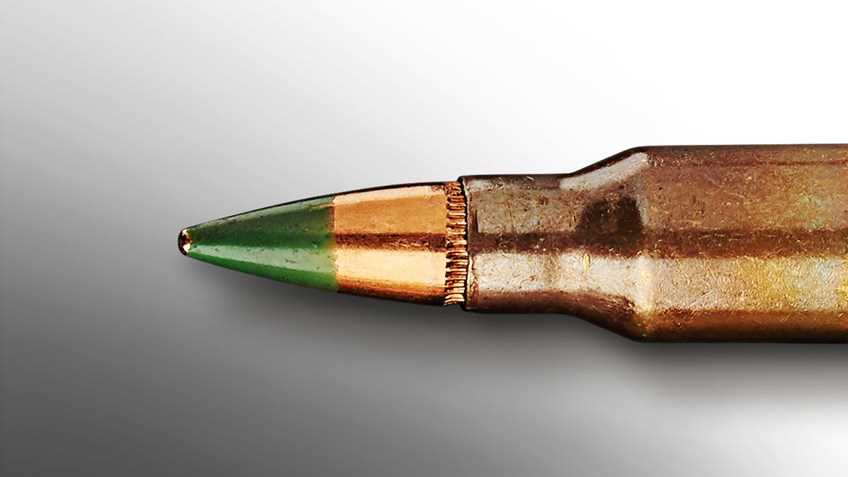 Recent history shows why Congress had to rein in the Bureau of Alcohol, Tobacco, Firearms and Explosives (BATFE) with the Firearms Owners’ Protection Act of 1986.

On Friday, Feb. 13, 2015—the eve of a three-day weekend, with members of Congress back in their home states—BATFE quietly announced its intention to ban the manufacture and importation of the M855 cartridge. The plan was to take the second-most common variety of ammunition for the most popular rifle in America, the AR-15, off the market.

Your National Rifle Association (NRA), ever vigilant, caught the move and immediately sounded the alarm. Staunch opposition from the public and the law enforcement community (which rejected the Obama administration’s fairy tale that this was all for them), along with stalwart leadership from U.S. House Judiciary Committee Chairman Bob Goodlatte (R-Va.), U.S. Senate Judiciary Committee Chairman Chuck Grassley (R-Iowa) and U.S. House Commerce, Justice, Science Appropriations Subcommittee Chairman John Culberson (R-Texas), forced BATFE to back down—at least for now.  Were BATFE to formally adopt the Framework, it could jeopardize access not just to M855, but to almost all ammunition...

BATFE laid out its absurd case for the ban in its “Framework for Determining Whether Certain Projectiles are ‘Primarily Intended for Sporting Purposes’ Within the Meaning of 18 U.S.C. 921(a)(17)(c).” I encourage everyone to carefully read the “Framework,” which we linked to in our online alerts on NRAILA.org. Were BATFE to formally adopt the Framework, it could jeopardize access not just to M855, but to almost all ammunition if any of the ongoing attempts to ban lead ammunition were also to succeed.

The law that BATFE cited as the basis of the Framework was added to the Gun Control Act of 1986. It prohibits the manufacture and importation of so-called “armor-piercing ammunition.” This includes “a projectile or projectile core which may be used in a handgun and which is constructed entirely ... from one or a combination of tungsten alloys, steel, iron, brass, bronze, beryllium copper or depleted uranium.” The law was passed because several special-purpose handgun bullets made of hard metals had been developed for law enforcement use, and concern arose that some of them might fall into the hands of criminals.

The core of an M855 bullet is made of lead, rather than one of the hard metals listed in the law, but BATFE designated the bullet as “armor-piercing ammunition” because of its steel tip. At the time, this didn’t present a problem in practical terms. Congress had recognized that many rifle cartridges “may be used in a handgun” chambered in a rifle caliber, so it passed the law with an exemption for projectiles “primarily intended to be used for sporting purposes.” From the outset, BATFE said that the exemption applied to M855. Problem solved—or so it seemed.

Three years later, however, BATFE began showing signs that, in hindsight, could have served as a warning that M855’s “sporting purposes” exemption might one day be in jeopardy.

In 1989, BATFE prohibited the importation of 43 makes and models of detachable-magazine semi-automatic rifles which, for many years previously, it had approved for importation as being “particularly suitable for or readily adaptable to sporting purposes.”

Attempting to justify its politically motivated reinterpretation of the law during the media-driven “assault weapons” frenzy, BATFE ludicrously claimed that shooting sports based upon defensive firearm skills were not “sporting purposes.” Equally indefensibly, it also said that recreational target shooting, which it dismissed as “plinking,” was not a “sporting purpose,” but was instead a “pastime.” By that ridiculous standard, sandlot baseball, a popular version of “the nation’s pastime,” would also not be a “sport.”

Sports, BATFE insisted, consist only of hunting, skeet and trap, and “organized marksmanship competitions.” But even by this overly restrictive definition, BATFE’s rifle ban had no legitimate basis. Virtually all of the general-purpose, magazine-fed rifles that it banned were no different than the American-made Springfield M1A. At the time, this rifle predominated in the most “organized marksmanship competitions” in this country, the annual National Rifle Matches, conducted every summer by the NRA and today’s Civilian Marksmanship Program at Camp Perry, Ohio.

Having redefined “sports,” BATFE next turned its attention to redefining “sporting” firearms. The Gun Control Act had originally sought to prohibit the importation of ultra-compact, inexpensive handguns. In 1993, however, BATFE again reinterpreted “sporting purposes,” this time to ban the importation of large, expensive handguns like the Heckler & Koch SP89, which it had previously approved for importation. BATFE didn’t pick and choose which sports to consider “sporting” this time, but it ignored its own longstanding Handgun Factoring Criteria. Handguns like the SP89 had satisfied BATFE’s criteria for “sporting purposes” by having features like adjustable sights, a long barrel and a mechanical safety.

Fast-forward to the present. The BATFE attempt to ban M855 ammunition features its most far-fetched reinterpretation of “sporting purposes” to date. First, instead of considering, as the law requires, whether a projectile is “primarily intended to be used for sporting purposes,” the Framework claims that what counts is the type of handgun in which the projectile can be used.  BATFE argues the new focus on handguns is necessary because AR-15-type handguns pose a “significant risk” to law enforcement officers.

Originally, the BATFE granted M855 a sporting purposes exemption because the ammunition can be used in rifles. Now, it says that a center-fire projectile is sporting only if the only handgun in which it can be used is a single-shot. When “a handgun’s objective design is not limited to primarily sporting purposes, such as handguns designed to be carried and concealed, it may be reasonably inferred that ammunition capable of use in such handguns is unlikely to be used primarily for sporting purposes.” I guess the BATFE never heard of either wadcutter .45 caliber rounds used for Bullseye Shooting (or the NRA’s Conventional Pistol) competitions or hunting projectiles designed for revolvers.

BATFE argues the new focus on handguns is necessary because AR-15-type handguns pose a “significant risk” to law enforcement officers. That argument fails for multiple reasons. First, the exemption should not be based upon the type of firearm in which a projectile could possibly be used, but upon how the manufacturer or importer of the projectile intends it to be primarily used. Otherwise, ammunition designed for rifles can be jeopardized the minute someone creates a handgun that can fire it.

Second, the FBI reports that no law enforcement officer has been killed with any handgun chambered in .223 Rem. or 5.56x45 mm NATO during at least the past 35 years, and BATFE’s Framework makes no claim this has ever happened.

Third, the manufacturer or importer of a projectile cannot possibly know what type of firearm someone might use to fire the projectile. Congress could not have intended to place manufacturers and importers at risk of prosecution because their products might be used in a way for which they were not intended.

BATFE’s latest politically motivated twisting of “sporting purposes” has President Barack Obama’s fingerprints all over it. Obama is still livid over the fact that in 2013, the Senate voted down Sen. Dianne Feinstein’s “assault weapons” bill on a bipartisan vote of 60-40. He claimed if Congress wouldn’t act, he would.

To carry out the administration’s goals, BATFE didn’t just reinterpret the law, it effectively rewrote it. Untold millions of M855-type cartridges and projectiles have been manufactured, imported, sold and used for sporting purposes over the years. Since the mid-1990s, AR-15s have accounted for the vast majority of rifles used in  center-fire rifle shooting sports, and M855 ammo accounts for between a quarter and a third of all .223 Rem./ 5.56 mm cartridges sold. Simple math tells you the overwhelming use of those rounds has been lawful.

After creating a furor, BATFE retreated from its attack on the AR-15. Gun owners who contacted their senators and representatives to request congressional action to thwart BATFE’s ban were a key factor in this about-face. Majorities in both the House and Senate signed letters in opposition to the ban.

Nevertheless, as long as BATFE enjoys the support of an administration willing to bend the law to its agenda, the threat will linger. And that brings us to 2016.

Next year, we will have the chance to steer America back on course. A pro-Second Amendment Congress and president can curb BATFE from thwarting the will of the American people. Where BATFE’s ever-changing misinterpretations of “sporting purposes” are concerned, that must include revising federal laws to ensure they respect the right of Americans to acquire firearms and ammunition for all legitimate purposes.

Let’s ensure BATFE’s bogus Framework is trumped by America’s Framework, the U.S. Constitution. For the future of our country, we can strive to do no less. 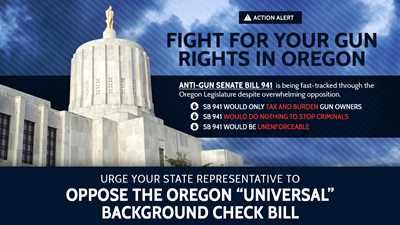