You have waited years for pro-gun progress in the Senate – the time has come for a vote!

As previously reported, Senate File 425 has come under attack from former New York City mayor and billionaire Michael Bloomberg and his anti-gun supporters.  These groups have chosen to willfully mislead the public and your state Senator regarding the effects this measure will have on Iowans.  The NRA is working to move this omnibus pro-gun bill to the floor, and your communication and participation will make the difference!  This bill contains provisions to address many important safety improvements.  These include:  creation of an instant permit to carry verification system by law enforcement; strong language to increase penalties for illegal firearms transfers and crack down on “straw purchases;" protecting and respecting the privacy of the personal data of law-abiding Iowans with a carry permit; allowing parents to teach their children gun safety when they see fit; and legalizing firearm sound suppressors.  Additionally, this legislation updates Iowa code to remove outdated and duplicative provisions, such as the mandatory annual permit to acquire a handgun.

The opposition has no plans to back down, and neither should you!  Urge Senate leadership to stand up for this important pro-gun legislation.  Ask them, will they choose to respect the rights of their constituents and the law enforcement officers who keep them safe and bring SF 425 up for a vote, or will leadership kowtow to a group that is fighting to kill a bill that contains safety improvements just because it respects your Second Amendment rights?

Iowans have waited too long to see much needed fixes to restore and improve recognition of their firearms rights.  The time to act is now.  Call and email Senate President Pam Jochum (D-50) and Senate Majority Leader Mike Gronstal (D-8).  Respectfully urge that SF 425 receive a vote, and that the language as passed by the House in HF 527 be adopted!  You can also call the Senate switchboard at (515) 281-3371. 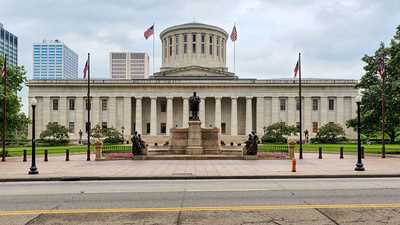