This will likely come as a shock to anyone born during or after the Reagan administration, but Rolling Stone Magazine (RS) used to be considered a relevant chronicle of avant-garde culture. Currently, the publication’s chief concern is a ceaseless commemoration of the Baby Boom generation, along with the promotion of a well-sanitized left-wing establishment orthodoxy. This stale formula is on full display this week on RS’s website, which contains an interview with longtime mainstream media standard Bryant Gumbel, who uses the forum to launch into hysterics against the NRA.

When Gumbel was asked a relatively innocuous question by Rolling Stone’s interviewer about a hunting episode of his HBO television program, Real Sports with Bryant Gumbel, the television personality abruptly shifted into an anti-NRA tirade. “There are a few things I hate more than the NRA,” he said. “I mean truly. I think they're pigs. I think they don't care about human life. I think they are a curse upon the American landscape. So we got that on the record.”

Despite holding himself out as a thoughtful journalist, Gumbel goes on to admit that he possesses this view despite his profound ignorance of the topic. He added, “That said, I'm willing to separate that this story had nothing to do with that. It's not a gun story… Obviously, that was my first experience around killing and guns and hunting.” The now seemingly-forgotten notions of journalistic ethics suggest that someone purporting to be a journalist should refrain from such divisive, hateful statements, at the very least until he’s thoroughly acquainted himself with the subject matter at which they’re directed.

As Gumbel has established he knows little on the topic, here is some information on the scope of the community he chose to insult. NRA is comprised of five million members representing a multitude of backgrounds and walks of life among the nation’s 100 million gun owners. A December 2012 Gallup poll found that NRA had a 54 percent favorability rating among the American people, while 67 percent of Americans felt that NRA reflects their views at least some of the time. In contrast, the president’s approval rating in December 2012 hovered between 40-43 percent.

The NRA is simply a large association of ordinary Americans who all believe passionately in the freedoms protected by the Second Amendment. The source of Gumbel’s animosity toward them is unclear, but it’s certainly unbefitting of a media personality who has profited from his public image and apparent goodwill with the American people.

Gumbel’s crude disparaging of such a large and diverse group of Americans united in their support for a constitutionally-guaranteed freedom, despite his admitted cluelessness about them or the issue that brings them together, displays a bigotry and ignorance that at one time would have made him a fit subject of ridicule by RS.  As it stands, however, RS and Bryant Gumbel are a pretty good match: long past their prime and of little cultural relevance anymore.

IN THIS ARTICLE
Bryant Gumbel media bias
UP NEXT x 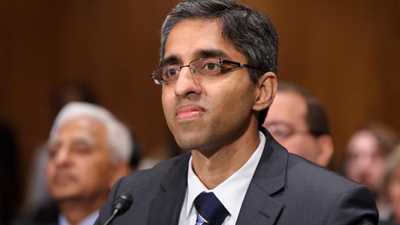