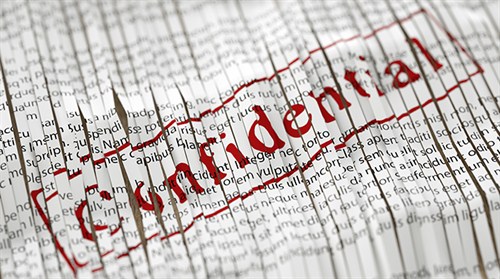 Americans are justifiably proud of our military, intelligence, and law enforcement forces.  Their bravery, dedication, and sacrifice help keep this nation safe and free.  They have the gratitude of the NRA, its members, and the American people.

Americans can also take pride that the nation’s commitment to a free and open society has largely survived efforts to enhance security and intelligence-gathering both abroad and throughout the homeland.  This preservation of important principles has required sustained and dedicated efforts on the part of many, including your NRA.  We take a backseat to no one in our support of the men and women of America’s Armed Forces and law enforcement communities.  We also understand that the constitutional safeguards our Founding Fathers built into the American system of government were designed as much for challenging times of upheaval and insecurity as for times of peace and calm.

For these reasons, your NRA has been actively involved in efforts to ensure the incredible technological and surveillance capabilities that have arisen in the last decade do not overwhelm fundamental civil liberties, including the privacy of your Second Amendment choices.  As we reported in January, NRA has been participating in a lawsuit filed by the American Civil Liberties Union (ACLU) that challenges the National Security Administration’s mass collection of communication data under Section 215 of the PATRIOT Act. The case is ACLU v. Clapper.

Specifically, the litigation asserts that the data collection is not authorized by that Act and violates Americans’ First and Fourth Amendment rights.  In its original friend-of-the-court brief and a follow-up filing with the United States Court of Appeals for the Second Circuit, NRA argued that NSA’s data collection program violates the First Amendment rights of NRA members by potentially chilling their willingness to communicate.  It also asserted that the NSA program could use sophisticated metadata analysis to circumvent statutory protections barring the federal government from collecting gun ownership records.

While the ACLU case continues to make its way through the federal courts, Congress has also responded to the privacy concerns raised by a broad coalition of civil rights and privacy advocates with legislation aimed at curbing the excesses of NSA’s runaway data collection.  The USA FREEDOM Act of 2014, sponsored by Sen. Patrick Leahy (D-Vt.) and Rep. Jim Sensenbrenner (R-Wisc.), strengthens safeguards against abuse of the surveillance activities targeted by the ACLU litigation.  It requires enhanced justification for these activities, limits their scope and duration, requires destruction of information collected that is not relevant to foreign terrorist activity, and enhances executive and judicial oversight of data collection.

The NRA supports the USA FREEDOM Act--currently pending as S. 2685 and H.R. 3361--as a positive step toward protecting the privacy of innocent Americans and ensuring that surveillance activities are properly and narrowly focused on actual threats to the nation’s security.  As well as the NRA and the ACLU, the bill is supported by a diverse range of interest groups.