Oregon: Several New Anti-Gun Bills Introduced and Must be Defeated

Senate Bill 758, sponsored by “F-rated” state senators Jackie Dingfelder (D-23) and Ginny Burdick (D-18) and state Representative Dembrow (D-45), would require that anyone who owns firearms that are located in Oregon possess discriminatory liability insurance for their firearms.

This egregious bill requires that law-abiding gun owners keep evidence of their coverage with them or available for “immediate inspection at all times during which the person uses, carries, transports, stores or otherwise has access to the firearm.”  Even more outrageous is the $10,000 civil penalty for EACH firearm not covered by this absurd liability insurance mandate.

Under SB 758, a person cannot sell or transfer firearms or ammunition to another person without verifying that they also have firearm liability insurance.  The minimum amount of liability held must be $250,000 payable to each person physically injured or killed, and to each person whose property is damaged by the discharge of a covered firearm, and $100,000 for each person that is injured in “any way” by the discharge of a covered firearm.

This legislation is a clear affront to law-abiding gun owners—one is not required to carry insurance to exercise any other constitutional right.  It is also economically discriminatory—insurance is expensive and such a mandate could make firearm ownership unattainable for thousands of law-abiding Oregon residents.

Currently, no other state has a firearm liability insurance law.  Misguided legislators behind this effort would subject their constituents and tens of thousands of law-abiding Oregonians to a discriminatory and burdensome law that especially penalizes those who might not be able to afford such insurance.

Senate Bill 760, also sponsored by Senator Dingfelder, would require that a person make a “good faith effort to retreat” before using physical force against an attacker.  SB 760 is also awaiting a committee assignment.

Senate Bill 796, sponsored by “F-rated” state Senator Floyd Prozanski, would require that applicants for CHLs perform a live fire demonstration and receive a score of at least 70 percent on a firing range test. SB 796 has not yet been referred to a committee.

House Bill 3114, sponsored by the House Higher Education and Workforce Development Committee, would authorize public universities, the Oregon Health and , or community college districts to prohibit possession of firearms on campus, including by those who possess a valid CHL.  HB 3114 has not yet been assigned to a committee.

House Bill 3413, sponsored by state Representative Alissa Keny-Guyer (D-46) and three others, would create a crime of endangering a minor by allowing access to a firearm, which would be punishable by a maximum imprisonment for one year, a $6,250 fine, or both. HB 3413 would also prohibit the transfer of a firearm to anyone convicted of this new crime for a five-year period. This bill has not yet been referred to a committee.

The following bills have been sponsored by the Senate Judiciary Committee but have not yet been assigned to a committee:

Senate Bill 699 would ban concealed handgun license (CHL) holders from carrying in the state Capitol, unless they receive written permission from the Legislative Administrator.

Senate Bill 700 would require that all private firearm transfers, except those between immediate family members, be subject to a criminal background check.  These background checks would either have to be conducted directly through the Department of State Police or a through a licensed gun dealer, who may charge an unspecified fee.  What’s more, the Department of State Police would be required to maintain the background information they obtain for a period of five years!

currently has strong background check requirements in place.  Furthermore, it is already a federal felony for any private person to sell, trade, give, lend, rent or transfer a gun to a person they know or should have known is not legally allowed to own, purchase or possess a firearm.  It should be noted that every year, tens of thousands of people fail to pass the background checks required for firearm purchases, yet only a small fraction are prosecuted for providing false information.  Before lawmakers consider passing more onerous rules and regulations, they should start enforcing the laws that are currently on the books.

Those who urge passage of so-called “universal background checks” fail to grasp the fundamental truth that this will only affect law-abiding citizens and not criminals.  Criminals do not obey the law in the first place.  For more information on restrictions on private transfers, please click here.

Please contact members of the Senate Judiciary Committee TODAY and respectfully express your opposition to SB 699 and SB 700.  Contact information for members of this Committee is provided below.

On a positive note, your calls and e-mails are working!  State Representative Mitch Greenlick (D-33), sponsor of House Bill 3200, the outrageous ban on commonly owned firearms and magazines, is backing off from his own bill. He recently admitted to local reporters that his extreme anti-gun bill went too far in a variety of ways.  To see our previous report on HB 3200, click here.  We have also heard reports that Senator Floyd Prozanski, chairman of the Senate Judiciary Committee, would refuse to hear this bill. However, as his introduction of SB 796 illustrates, Senator Prozanski’s anti-gun beliefs are still alive and well.

Called the most significant firearm bill to pass in South Carolina is more than 20 years, the General Assembly as sent HB 3094, an Open Carry bill, to the Governor for signature. 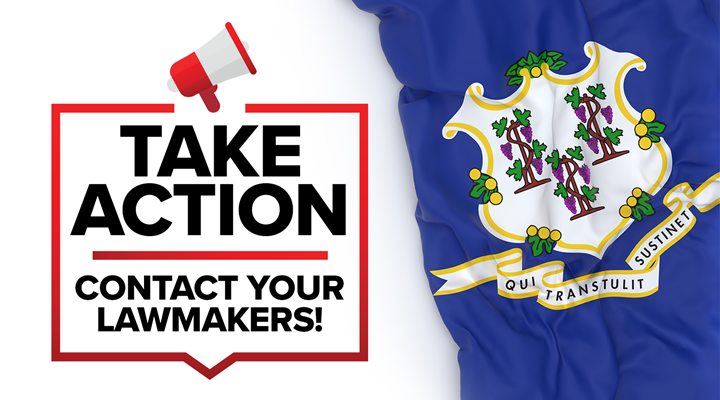 Yesterday, the Connecticut House of Representatives passed House Bill 6355, legislation that strips away the constitutional rights of individuals without adequate due process.