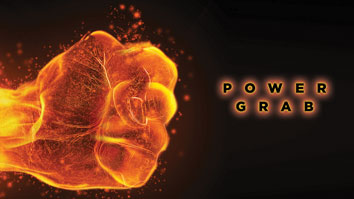 If you’re one of the nearly 71 million Americans who live in the four southwest border states, some of your gun purchases could soon be reported to the federal government. If you don’t like that—and no gun owner should—read on, because this may be our first big head-on gun control battle against the Obama administration.

The fight began with a bureaucratically worded “Emergency Notice of Information Collection Under Review,” published in the Dec. 17 “Federal Register”—the daily publication where all proposed federal rules make their debut. It announced that the Bureau of Alcohol, Tobacco, Firearms and Explosives plans to require federal firearms licensees in the border states to begin reporting all transfers “of two or more rifles within any five consecutive business days with the following characteristics: (a) Semi automatic; (b) a caliber greater than .22; and (c) the ability to accept a detachable magazine.”

In other words, a dealer would have to tell the government every time a deer hunter in Sacramento or Amarillo finds a good deal on a pair of semi-auto .30-06s like the popular Remington 7400.

Some might ask, “Aren’t multiple rifle sales already reported?” The answer is a definite “No.” For many years, Congress has required dealers to report multiple sales of handguns—and only of handguns. According to one of the basic rules for interpreting laws, when the legislature specifies one thing, it excludes everything else. (This is the same principle your parents applied when they said you could have only a cookie, even if there were also cupcakes and pies on the table.)

For months now, anti-gun activists, members of the media and federal bureaucrats have been urging the BATFE to ignore this principle.

As we’ve reported before (See “End Run,” Feb. 2011), the drumbeat began with New York City Mayor Michael Bloomberg’s group, Mayors Against Illegal Guns, and its “Blueprint for Federal Action on Illegal Guns.” That document was an agenda of 40 ways for the Obama administration to impose new restrictions on gun owners and the gun industry, without bothering to go to Congress.

The “Blueprint” urged the BATFE to “identify the long guns most linked to crime and require dealers to report multiple sales of such guns.” MAIG, of course, is falsely assuming that when a particular type of gun is frequently traced, that must mean the gun is frequently used in crime. That’s a lie heard nearly every day in the gun control debate, despite repeated warnings from the Congressional Research Service and the BATFE itself that tracing is designed to find the source of specific guns, not to collect statistics. (For more information, see “Traces of Truth,” Dec. 2010.)

The push for multiple sales reporting continued with a pair of reports by the Department of Justice’s Inspector General this year. First, a draft report in September noted that multiple sales reports on rifles would have been useful for investigations of supposed gun trafficking to Mexico. While the September draft made no specific recommendations, a final report issued in November urged the BATFE to require multiple sales reports on long guns. The Inspector General recommended that the BATFE “work with the Department [of Justice] to explore options for seeking a requirement for reporting multiple sales of long guns.” The bureau responded that it “concurs” in the recommendation “but notes that this may require a change to the Gun Control Act which is beyond ATF’s and the Department’s authority.”

But there’s a twist. According to the latest installment in the Washington Post‘s months-long “Hidden Life of Guns” series, the BATFE itself had already recommended a reporting requirement last spring, months before the Inspector General’s recommendation. The policy, according to the Post, was held up by then-White House chief of staff Rahm Emanuel because it would energize gun owners before the midterm elections.

If that’s true—and we certainly don’t always believe the Post—it was a cynical move by Emanuel, a longtime ally of the anti-gun groups. But it would definitely be consistent; after all, President Obama also waited until after the elections to nominate Andrew Traver, another official with long ties to gun-ban activists, as director of the BATFE.

All this maneuvering aside, how can the BATFE try to require something the Congress never authorized?

Showing why it’s now the greatest organized threat to our Second Amendment rights, Mayor Bloomberg’s MAIG pointed the way. MAIG’s “Blueprint” suggested that the new multiple sales reports could be required through “demand letters.” These are letters sent to dealers by the BATFE. According to the provision of the Gun Control Act that authorizes these letters, dealers must submit “all record information required to be kept [under the Gun Control Act] or such lesser record information as the Attorney General in such letter may specify.”

That sounds like an incredibly broad license for anything up to total gun registration based on dealers’ records. But Congress has passed man protections against gun registration, including the Firearms Owners’ Protection Act’s ban on new rules or regulations that would require dealers’ records “to be recorded at or transferred to a facility owned, managed, or controlled by the United States.”

So what does the law really allow? A quick look at history answers that question. The original demand letter provision was a regulation adopted in 1968, under the original Gun Control Act, and added to the U.S. Code in 1986. Back in 1968, Harold Serr, the director of the Treasury Department’s Alcohol and Tobacco Tax Division (the precursor of today’s BATFE) wrote to U.S. Sen. Frank Church of Idaho that “under no circumstances does the Alcohol and Tobacco Tax Division intend to require licensed firearms dealers to submit all records of firearms transactions to a central location. This would be in effect gun registration and the Congress clearly showed its desires in this area when gun legislation was voted on.”

Instead, the demand letter provision was to be used for examining dealers’ records in the course of a criminal investigation, or for tracing guns—two activities that are authorized by other provisions today.

More recently, demand letters have been used for other limited purposes. For example, the BATFE uses this provision to compile annual statistical reports on how many firearms are made and exported by each gun manufacturer. And in 1994, when certain shotguns were reclassified as “destructive devices” under the National Firearms Act, the bureau used the provision to get contact information for buyers of those guns in order to inform them about NFA registration requirements

More objectionable was the use of demand letters, beginning during the Clinton administration, to get certain dealers to report all used gun transactions for use in future traces. NRA strongly objected to that program and funded litigation against it. Unfortunately, the government won those cases, but even the court decisions stressed how limited the program was. As the U.S. Court of Appeals for the 4th Circuit put it, the demand letter statute “is not a limitless delegation of authority” and “cannot be construed in an open-ended fashion.”

The courts also stressed that the demand letters were only issued to dealers who had supposedly failed to respond quickly to trace requests, or who had high numbers of guns traced quickly to crimes. As flawed as those reasons were, the letters still only went to a few hundred dealers—less than 0.1 percent of the licensees in the United States at the time.

Compare that to the number of dealers slated to receive the new multiple sales letters. The BATFE estimates that nearly 8,500 dealers will receive those letters; that’s nearly one out of every seven firearm retailers in the United States today, including many who are hundreds of miles from the Mexican border. That’s obviously casting way too big of a net, and could lay the groundwork for even broader demands that would truly amount to a gun registration scheme.

That makes this fight a top priority for NRA. Right now, we’re filing comments with the Office of Management and Budget, asking them to deny the proposed “information collection.” But we’ve also begun planning our next move, which will be legislative proposals to limit the “demand letter” authority.

Fortunately, our allies in Congress are already rallying across party lines on this issue. For example, the entire Montana congressional delegation has already weighed in, with Democratic Sens. Max Baucus and Jon Tester calling the proposal “unnecessarily burdensome” and arguing that any further reporting requirement “must be done by Congress through the transparent legislative process.”

NRA will make sure all of these arguments are heard on Capitol Hill—and in the courts, if necessary—as this fight goes on.