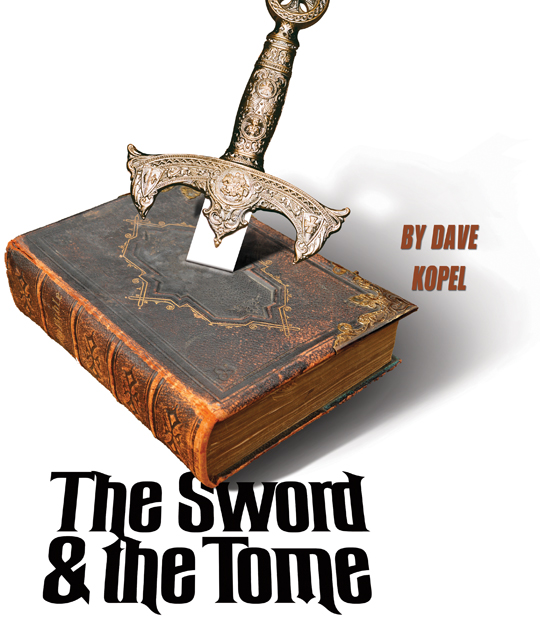 With a new presidential administration that is hostile to private firearm ownership now in office, we`ll likely be hearing a renewed torrent of anti-gun rhetoric coming from all directions. As we prepare for these challenges and arguments, it`s a good time to recall some important quotes that provide a long-term perspective.

The natural right of self-defense long predates the invention of gunpowder. It is a right that is recognized wherever civilization exists. After the Hebrew slaves were liberated from Egyptian slavery, they needed to know how to govern themselves in a free society. The legal code of the Hebrews included what we today would call the Castle Doctrine: "When a burglar is caught breaking in, and is fatally beaten, there shall be no charge of manslaughter." (Exodus 22:2, Modern Language Bible.)

The Talmud is a huge multivolume collection of commentary on Jewish law. The Talmud takes the legal rule from Exodus and deduces the general principle of rightful conduct: "If someone comes to kill you, rise up and kill him first." Hebrew-English Edition of the Babylonian Talmud: Sanhedrin, folio 72a (Isadore Epstein editor, Soncino Press 1994).

The society that the Hebrews were building in Judea and Israel would become one of the two great pillars of Western civilization--the other pillar being constructed by the Greeks. The most influential philosopher in Western civilization was Aristotle, who observed: "As of oligarchy so of tyranny … Both mistrust the people, and therefore deprive them of their arms." Aristotle, Politics, Book 5, part X (Benjamin Jowett translator; originally written 350 B.C.), http://classics.mit.edu/Aristotle/politics.html.

Christianity synthesized and universalized the ethical principles of Athens and Jerusalem. At the Last Supper, Jesus told the apostles to carry arms. He asked: "When I sent you without purse, bag or sandals, did you lack anything?"

"Nothing," the apostles answered.

During the waning days of the Roman Republic, not long before it was destroyed by the demagogue Julius Caesar, the great lawyer and orator Cicero wrote a speech that was studied for many centuries after by everyone who learned to read or write Latin--which is to say, every well-educated person:

"There exists a law, not written down anywhere, but inborn in our hearts; a law which comes to us not by training or custom or reading but by derivation and absorption and adoption from nature itself; a law which has come to us not from theory but from practice, not by instruction but by natural intuition. I refer to the law which lays it down that, if our lives are endangered by plots or violence or armed robbers or enemies, any and every method of protecting ourselves is morally right. When weapons reduce them to silence, the laws no longer expect one to wait their pronouncements. For people who decide to wait for these will have to wait for justice, too--and meanwhile they must suffer injustice first. Indeed, even the wisdom of a law itself, by sort of tacit implication, permits self-defense, because it is not actually forbidden to kill; what it does, instead, is to forbid the bearing of a weapon with the intention to kill. When, therefore, inquiry passes beyond the mere question of the weapon and starts to consider the motive, a man who has used arms in self-defense is not regarded as having carried with a homicidal aim."

Cicero likewise declared: "Civilized people are taught by logic, barbarians by necessity, communities by tradition; and lesson is inculcated even in wild beasts by nature itself. They learn that they have to defend their own bodies and persons and lives from violence of any and every kind by all the means within their power." Marcus Tullius Cicero, "In Defence of Titus Annus Milo," in Selected Speeches of Cicero (Michael Grant translator and editor, 1969.)

The Talmud and Cicero concurred that self-defense is not just an option--it is a moral obligation. This was the standard view of the great thinkers of the Enlightenment. Baron Montesquieu`s enormously influential book The Spirit of the Laws asked the question to which the answer was obvious: "Who does not see that self-defense is a duty superior to every precept?" Charles de Secondat, Baron de Montesquieu, The Spirit of the Laws, Book 26, section 7 (Thomas Nugent translator, 1750; first published 1748), http://www.constitution.org/cm/sol.htm.

The right and duty to use necessary force against aggressors is also affirmed in the current Catechism of the Catholic Church:

"The legitimate defense of persons and societies is not an exception to the prohibition against the murder of the innocent that constitutes intentional killing. ‘The act of self-defense can have a double effect: the preservation of one`s own life; and the killing of the aggressor … The one is intended, the other is not.`

"Love toward oneself remains a fundamental principle of morality. Therefore, it is legitimate to insist on respect for one`s own right to life. Someone who defends his life is not guilty of murder even if he is forced to deal his aggressor a lethal blow: ‘If a man in self-defense uses more than necessary violence, it will be unlawful: whereas if he repels force with moderation, his defense will be lawful … Nor is it necessary for salvation that a man omit the act of moderate self-defense to avoid killing the other man, since one is bound to take more care of one`s own life than of another`s.`

"Legitimate defense can be not only a right but a grave duty for one who is responsible for the lives of others. The defense of the common good requires that an unjust aggressor be rendered unable to cause harm."

America`s founding generation also recognized that to surrender the ability to defend one`s family, community or nation was morally degrading. The Connecticut essayist Joel Barlow wrote that disarmament "palsies the hand and brutalizes the mind: an habitual disuse of physical forces totally destroys the moral; and men lose at once the power of protecting themselves, and of discerning the cause of their oppression." Joel Barlow, Advice to the Privileged Orders in the Several States of Europe: Resulting From the Necessity and Propriety of a General Revolution in the Principle of Government, Part I, page 45 (1792). (There is a modern reprint by Kessinger Publishing, 2008.)

In the early 20th century, the great liberal Supreme Court Justice Louis Brandeis made a similar point: "It is not good for us that we should lose the fighting quality," the courage and power to protect our rights. "We shall have lost something vital and beyond price on the day when the state denies us the right to resort to force … ." The Brandeis Guide to the Modern World, p. 212 (Alfred Lief editor, 1941).

The Brady Center articulates a completely opposite view. As Sarah Brady put it, "To me, the only reason for guns in civilian hands is for sporting purposes." (Tom Jackson, "Keeping the Battle Alive," Tampa Tribune, Oct. 21, 1993.) Or as her husband, Jim Brady, answered a reporter`s question about whether handgun ownership could be allowed: "For target shooting, that`s okay. Get a license and go to the range. For defense of the home, that`s why we have police departments." ("In Step With: James Brady," Parade Magazine, June 26, 1994, p. 18.)

The views of the Brady Center`s current leaders are consistent with those of its former director, the late Nelson "Pete" Shields, who advised: "The best defense against injury is to put up no defense--give them what they want or run. This may not be macho, but it can keep you alive." (Pete Shields, Guns Don`t Die, People Do (1981), pp. 124-125.) Not very good advice when the criminal is trying to kill you and your children.

John Adams and Thomas Jefferson, who disagreed on many issues, both recognized that laws against armed self-defense only protect criminals. Adams and Jefferson both cited with approval the following passage from the 1764 book On Crimes and Punishments, written by the Italian Cesare Beccaria, the founder of the social science of criminology:

"A principal source of errors and injustice are false ideas of utility. For example: that legislator has false ideas of utility who considers particular more than general conveniences, who had rather command the sentiments of mankind than excite them, and dares say to reason, ‘Be thou a slave`; who would sacrifice a thousand real advantages to the fear of an imaginary or trifling inconvenience; who would deprive men of the use of fire for fear of their being burnt, and of water for fear of their being drowned; and who knows of no means of preventing evil but by destroying it.

"The laws of this nature are those which forbid to wear arms, disarming those only who are not disposed to commit the crime which the laws mean to prevent. Can it be supposed, that those who have the courage to violate the most sacred laws of humanity, and the most important of the code, will respect the less considerable and arbitrary injunctions, the violation of which is so easy, and of so little comparative importance? Does not the execution of this law deprive the subject of that personal liberty, so dear to mankind and to the wise legislator? And does it not subject the innocent to all the disagreeable circumstances that should only fall on the guilty? It certainly makes the situation of the assaulted worse, and of the assailant`s better, and rather encourages than prevents murder, as it requires less courage to attack unarmed than armed persons." Cesare Beccaria, On Crimes and Punishments, chapter 40 (Edward D. Ingraham translator, 1819; first published 1764), http://www.constitution.org/cb/crim_pun.htm.

As Adams, the Federalist, and Jefferson, the Democratic-Republican, demonstrated, respect for the right to arms should not be a partisan issue. In fact, Democratic Senator and Vice President Hubert H. Humphrey was the embodiment of post-World War II American liberalism, and the Senate`s great leader on civil rights. Asked about the Second Amendment, he explained:

"Certainly one of the chief guarantees of freedom under any government, no matter how popular and respected, is the right of citizens to keep and bear arms. This is not to say that firearms should not be very carefully used, and that definite safety rules of precaution should not be taught and enforced. But the right of citizens to bear arms is just one more guarantee against arbitrary government, one more safeguard against tyranny which now appears remote in America, but which historically has proved to be always possible." Senator Hubert H. Humphrey, in "Know Your Lawmakers," Guns magazine, Feb. 1960, p. 4.

Will the future generations of Americans be able to exercise their inherent human right of self-defense? Yes, but if, and only if, pro-Constitution Republicans, Democrats, Independents, Libertarians and others do their duty to protect our rights from impending attack.