America's Worst Gun Laws: Coming Soon to a State Near You

As you go to the polls in November, remember some of the laws anti-gun politicians think are "reasonable."

One of the lines I'm tired of hearing from anti-gun politicians is that they support "reasonable" gun laws-or, as likely Democratic presidential nominee Barack Obama put it, "common sense regulation." Sen. Obama, of course, was talking about Washington, D.C.'s ban on guns for self-defense in the home, which only goes to prove the old saying that common sense isn't so common. Obama went on to support the "rights" of cities and states to regulate guns and gun owners. With the national political party conventions close at hand, this is a good time to look at the laws that anti-gun politicians think are "reasonable" to impose on you and your fellow gun owners.

One of the questions we often get at NRA-from members and the media alike-is, "Which state has the worst gun laws?" That's always been a hard one to answer. What would make a state's laws the "worst"?

First and foremost, it's the severity of the restrictions. Of course, any outright ban would count. California is probably the leader among the states for this dubious prize, with its bans on scores of semi-automatic rifles, pistols and shotguns. California law also allows the state Department of Justice to ban even more semi-autos by regulation-though that process, fortunately, is on hold due to NRA-backed litigation. In addition to its semi-auto bans, California bans sale of "unsafe handguns"-defined several times in the last few years to include whatever type of perfectly ordinary handgun the gun ban groups happen to be targeting. Even more bans are now pending in the California legislature.

California and New Jersey have gone so far as to pass gun bans based on futuristic technology. California recently passed a law to prohibit the sale of new models of semi-automatic handguns that don't "micro-stamp" identifying information on the fired cartridge case. The law will take effect in 2010-and will most likely mean that no new models of semi-auto pistols will be introduced in California. (See "California: Sliding Down the Slippery Slope," Jan. 2008.) 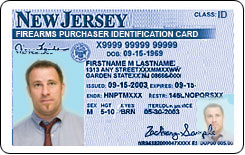 Perhaps more worrisome is a New Jersey law that could prohibit all current models of handguns at some unknown date in the future. Since 2002 New Jersey's attorney general has had to report every six months on the availability of "personalized" handguns. These are handguns that (in New Jersey's wildest dreams) use "radio frequency tagging, touch memory, remote control, fingerprint, magnetic encoding" and other unproven gadgets to prevent firing by unauthorized users. If the attorney general ever reports that one manufacturer has delivered one "personalized" handgun to a dealer anywhere in the U.S., the report sets off a regulatory process that will result in a ban on the sale of all "non-personalized" handguns in the state three years later. Even if you already own a "non-personalized" handgun, you wouldn't be able to transfer it in New Jersey. (Not to be outdone, California is considering a similar bill at press time.)

Short of outright bans, a few states require licensing of gun owners or the registration of handguns, long guns, or both. Hawaii takes this to the extreme, requiring registration of "firearms of any description, whether usable or unusable, serviceable or unserviceable, modern or antique." So if you own a wall-hanger that's so old it isn't legally a "firearm" under federal law and is in such bad shape it can't be fired at all … you'd better head on down to the police station and do your paperwork anyway.

At least Hawaii gives you three whole days to take care of that chore. New York state doesn't give new residents any grace period at all before requiring a license to possess any handgun. The ease of getting a license varies from county to county; so a handgun owner moving to New York state has to leave his handguns behind, then roll the dice with his local judge or police department (depending on the county) in hopes of actually getting the license.

Some state licensing systems are so complicated we can barely start to describe them here. New Jersey has three separate types of licenses-a "Firearms Purchaser Identification Card" for long guns, a "Permit to Purchase" for handguns and a separate "Permit to Carry" for handguns. Massachusetts' system is even more convoluted, with a "Firearm Identification Card" as well as "class A" and "class B" licenses. Only "class A" license holders may possess "large capacity" guns without supervision, and even people who only want to carry pepper spray need a "Firearm Identification Card." (Massachusetts is also the only state where lawmakers have actually banned the use of silhouette targets for defensive training.)

I'm happy to say that NRA-ILA is attacking these laws wherever the political realities allow. As this article goes to press, for example, the Michigan House of Representatives is moving forward with two bills to eliminate the state's "safety inspection" requirement for handguns. Those not from Michigan may be surprised to learn that since the 1920s, anyone in Michigan who "comes into possession of a pistol" has been required to "present the pistol for safety inspection" by the local sheriff or police chief. Since the chief or sheriff keeps a copy of the "certificate of inspection" and sends another copy to the state police, "safety inspection" in Michigan really means "gun registration." 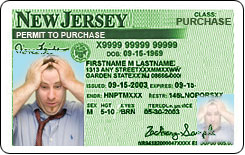 Many licensing laws also restrict ammunition. When NRA-ILA's Grassroots Alert reported on a Massachusetts fourth-grader who was suspended from school for possessing a fired blank cartridge case from a Memorial Day ceremony, we got a flood of e-mail from readers outraged by the injustice-and a pro-gun blogger (www.snowflakesinhell.com) wrote to point out that everyone who handled the cartridge case and who didn't have a Massachusetts firearm license could have been charged with a two-year state felony.

Some laws are so complex that a normal person just can't understand them, no matter how carefully he wants to obey the law. California, again, would surely be in the running for this category. In the Bureau of Alcohol, Tobacco, Firearms and Explosives' 468-page compilation of state and local laws, California's laws fill 68 pages of fine print. Five states combined-California, Illinois, Massachusetts, New Jersey and New York-fill a third of the book. And those are just the laws BATFE decided were relevant for dealers to know, so the book doesn't include restrictions on carrying or discharge of firearms, operation of shooting ranges and other issues that are important to the average gun owner.

I could go on, of course, with even more absurd examples. A New Jersey law, for example, says that when a person is transporting a handgun, "the course of travel shall include only such deviations as are reasonably necessary under the circumstances." So if you take a side trip to get lunch with your shooting buddies after a morning at the range, you might be breaking the law in the Garden State. Other laws are downright exotic. Rhode Island's "Application for Purchase" of a gun (whether a handgun or long gun) requires the buyer to list any tattoos. Fortunately, the law doesn't require the dealer to inspect the tattoos personally.

Now, what all these ridiculous laws have in common is that they were passed by politicians. Each time, they would sell these "reasonable" laws as necessary to protect the public from crime. When the laws fail, of course, there's only one proposed solution: more laws.

That's been true in the past, and it's no less true today. For example, 16 states in the last year have seen bills introduced to ban the manufacture and sale of ammunition that is not "encoded" and registered; many of those bills would also require people to dispose of any normal ammunition they already own. (See "No Bullets, No Shooting," May 2008)

In Louisiana this year, we had to fight-and defeat-a bill that would have banned many common pump-actions as "assault weapons." And as this article goes to press in June, we are still fighting state bills that would make gun owners criminals if they don't report lost or stolen guns, as well as bills that would impose "micro-stamping" requirements, magazine bans and other restrictions across the country. 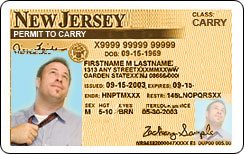 Any gun owner who tells you, "This won't happen in my state" should remember that all the states that have passed these laws also elect members of the U.S. House and Senate. Over the last few years, we've seen federal bills introduced to ban common hunting rifle ammunition, to impose "micro-stamping" requirements more severe than California's, to regulate gun shows out of existence and to reinstate or expand the expired Clinton gun ban.

These proposals are especially important because of one of their supporters: Sen. Barack Obama. During his brief career in the U.S. Senate, he voted for the ammunition ban. During his brief service in the Illinois legislature, he voted against reforming Illinois' "Firearm Owner Identification Card" law, voted for new restrictions on gun shows and backed local handgun bans, by voting against a law that would have protected those who used handguns in self-defense.

In addition to the bills he's actually voted on, Obama has voiced support for bans on handguns, on many semi-autos and on standard-capacity magazines. He's supported "micro-stamping," waiting periods and rationing of gun purchases. He's stated his opposition to Right-to-Carry laws. And he's supported a ban on gun stores within five miles of a school or park-a proposal that would shut down gun sales in nearly the entire inhabited United States.
If Obama is elected president, you can be sure many of the worst gun laws in the states will have a new friend in Washington. That alone is enough reason for every gun owner to vote this November.

America's Worst Gun Laws: Coming Soon to a State Near You