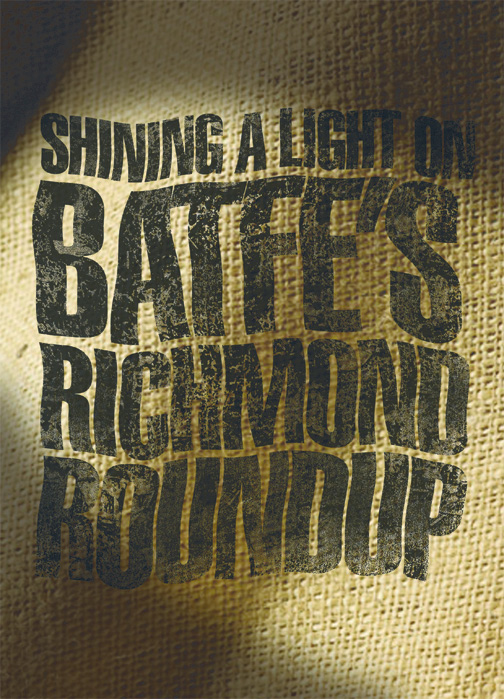 At the urging of NRA-ILA, a key Congressional subcommittee
examines the heavy-handed tactics used by the
Bureau of Alcohol, Tobacco, Firearms and Explosives
at a gun show in Richmond, Va.

Recent Congressional subcommittee hearings into alleged abuses of law-abiding gun purchasers in Richmond, Va., by enforcement officers of the Bureau of Alcohol, Tobacco, Firearms and Explosives (BATFE) have revealed a series of heavy-handed, and arguably illegal, tactics that will likely shock most American gun owners.

Media reports on Second Amendment issues in Congress usually cover the things we learn in civics class at school—debates on the House and Senate floor, presidential veto threats and Oval Office bill signings.

But just as important are the hearings where legislators spend most of their day overseeing the thousands of agencies and programs in the federal government.These hearings hold the government accountable for how it spends Americans’ tax money, enforces America’s laws and respects—or ignores—Americans’ basic rights.

As a case in point, late this winter the u.s. House Judiciary Committee’s Subcommittee on Crime, Terrorism and Homeland Security, chaired by Rep. Howard Coble, R-N.C., began a series of key hearings on enforce-ment activities by BATFE.

The hearings began Feb. 15 by looking at the heavy-handed enforcement tactics BATFE used at several gun shows in Richmond, Va.—tactics that reached a peak with a high-profile operation last August. This incident drew wide attention among gun owners and others concerned about civil liberties.

According to the show organizer, Annette Gelles of Showmasters, dozens of BATFE agents and local law enforcement officers intrusively questioned dealers and customers, tried to discourage people from buying guns and even stopped show attendees’ cars on the way home.

During some of the car stops, agents confiscated customers’ lawfully purchased guns, returning them only when the customers visited BATFE’s office to “justify” the purchase. In those cases, BATFE gave the people a letter (see next page) warning that they “may have violated” federal law “punishable by imprisonment for up to five (5) years.” The letter went on to say that “the firearm that you purchased is being taken into [BATFE] custody” and that “[f]ailure to appear” at the BATFE office “could result in the immediate issuance of a federal arrest warrant.”

One show visitor, James Lalime, a private citizen who works part-time for a dealer at some shows, told the subcommittee that BATFE and police interrogated him at the show and repeatedly accused him of dealing in firearms without a license. John White, a show exhibitor, licensed firearm dealer and former police officer, said he appreciates law enforcement officials’ efforts to prevent illegal sales, but that the Richmond show activities went too far—especially in focusing on buyers who were women or members of minority groups. “Every woman that makes a purchase, every woman who comes to my table to buy a gun was automatically [treated as] a straw purchaser,” White testified, adding, “If a woman showed up at my table, she was surrounded by law enforcement.”

Finally, Suzanne McComas, a private investigator for NRA-ILA, provided sworn affidavits from people who were singled out for BATFE attention, apparently based on their race, gender or both. McComas also detailed simILAr operations in Pittsburgh, Pa., where BATFE agents showed up at gun show customers’ homes a week after a show, demanding to see the buyers’ guns or sale paperwork and arresting those who couldn’t—or wouldn’t—comply.

As a result of the testimony, Chairman Coble suggested that “49 law enforcement officers could have found a better way to curb criminal activity in the Richmond area.” The ranking Democrat on the panel,

Rep. Bobby Scott of Virginia—in whose district the show took place—also expressed serious concerns, noting that a “dragnet … is not the way it ought to be done. … You ought not just stop people without probable cause and without any indication of guilt.”

At a second hearing on Feb. 28, the subcommittee gave BATFE and two local police departments their chance to respond. In sworn testimony, BATFE’s assistant director for Field Operations, Michael Bouchard, offered a very limited apology for a few of the Bureau’s actions, admitting only that “some techniques” used at the show were not “consistent with atf’s best practices.”

In particular, Bouchard conceded that the Bureau shouldn’t have set up a command post at the show itself, creating a massive, visible presence for a supposedly covert operation. Bouchard also admitted that BATFE shouldn’t have used the unauthorized, ominous seizure letter. He called the letter “meaningless,” but it is doubtful that anybody who received one would agree with that self-serving characterization. Finally, Bouchard allowed that the bureau should have “more thoroughly explain[ed] the parameters” for the “residency checks” in which federal and local officers visited show attendees’ homes to ask their family members and neighbors about the attendees’ gun purchases.

The BATFE representative failed, however, to fully answer far more serious concerns about the bureau’s tactics, such as the strategies it used to target some gun buyers for “discouragement” at the show, or the legality of the traffic stops and gun seizures off the show premises. He also did not explain how it could be legal—given the extensive privacy limits on use of licensed firearm dealers’ records—to turn over those records to local police for “residency checks” of hundreds of gun buyers. In point of fact, one of the local police officials testified that BATFE had never answered his department’s legal concerns about that.

NRA-ILA applauds the subcommittee for airing the issues at these hearings, and will work to ensure that Congress continues to shine a light on federal agencies’ practices in enforcing the nation’s gun laws. Only by understanding the problems with this or any agency can NRA members and other concerned Americans seek the most fitting reforms.

Voting May Get Easier for Hunters, Fishermen