As reported by the New York Times (Jan. 3) and other media outlets, on Monday, an appellate court in Illinois upheld a reckless lawsuit against various gun manufacturers and distributors, claiming they were creating a public nuisance. The claim rests on the bizarre theory that since guns are sold in communities outside Chicago -- which has some of the most restrictive gun laws in the nation -- the gun industry is intentionally flooding that market with guns they know will illegally find their way into the city where they would be used by criminals.

wrote, "A reasonable trier of fact could find that the criminal misuse of guns killing persons were occurrences that defendants knew would result or were substantially certain to result from the defendants’ alleged conduct." Such scenarios are a possibility, but to suggest such hypothesis is "reasonable" stretches the bounds of credulity, as well as long-established law.

In September 2000, a previous Chicago suit was dismissed at the trial level (and is on appeal before the same panel) that found the city’s public nuisance complaint didn’t hold water. Monday’s ruling could still be appealed to the Illinois State Supreme Court.

Despite the fact that a majority of these reckless suits have been thrown out on their ears, this latest ruling demonstrates that there are still misguided jurists out there willing to defy both common sense and legal precedent. Further, it should serve as a clarion call for passage of H.R. 2037.

Currently with 203 co-sponsors, H.R. 2037 is the NRA-supported reckless lawsuit preemption bill introduced by U.S. Representatives Cliff Stearns (R-Fla.) and Chris John(D-La.). This legislation seeks to prevent abuses to the American legal system that have seen firearms and ammunition manufacturers being recklessly sued for the criminal misuse of their lawful products by third parties.

GETTING THE BAND BACK TOGETHER

For a number of former Clinton Administration

officials, the thirst for power has yet to be quenched, as a slew of them are fanning out across the country to seek elected office. In the "Sunshine State," former Attorney General Janet Reno is pursuing the Democratic nod to run against Governor Jeb Bush (R). And as reported in a previous FAX Alert (Vol. 8, No. 49) anti-gun hypocrite Rosie O’Donnell has made good on her promise to help her. According to the Associated Press (Dec. 30), the shrill gun ban shill hosted a $250 per person fundraiser for Reno at the posh waterfront home of Adrienne Arsht, Chairman of the Board of TotalBank.The event hoped to raise $50,000 for Reno’s gubernatorial bid. While the event was closed to the press, O’Donnell and Reno graced reporters with their presence outside the mansion’s gate.

Meanwhile, further up the eastern seaboard, former Clinton Chief of Staff, Erskine Bowles, is seeking the Democratic nomination in the race to replace retiring Senator Jesse Helms (R). And north of that, in Massachusetts, ex-Labor Secretary Robert Reich is mulling a gubernatorial bid of his own. Out in the Midwest, one time Clinton anti-gun point man, Rahm Emmanuel, is pursuing a congressional bid. And finally (at least for now!), in the Southwest, former Energy Secretary, Bill Richardson

, has announced he’s running for Governor of New Mexico. And, of course, all are familiar with the former "co-president" now serving as the junior Senator from New York.

If you have an e-mail address, but you still receive the NRA-ILA FAX Alert every Friday via your fax machine, we encourage you to switch over to our e-mail system. We can send e-mail at virtually no cost, while each fax incurs the cost of a long distance call, not to mention your cost in paper. E-mail also allows you more flexibility in relaying our information to others. If you would like to switch to e-mail delivery, just go to our "Sign Up For Email" link , then follow the instructions.

Once you start receiving our alerts via e-mail, call the Grassroots Division at (800) 392-8683, and let us know we can take you off the fax system. 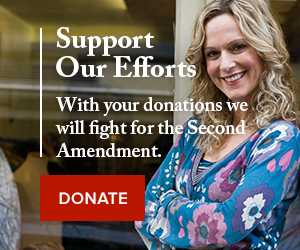