On April 5th, the Senate General Laws Committee voted 4-1 to pass House Bill 1462, to reduce areas where law-abiding citizens are left defenseless. It will now advance to the full Senate for further consideration. Please contact Senate President Dave Schatz and the Senate Majority Floor Leader Caleb Rowden, and ask them to schedule HB 1462 to be heard on the floor.

House Bill 1462 repeals arbitrary “gun-free zones” that do nothing to hinder criminals, while leaving law-abiding citizens defenseless. It removes the prohibition on law-abiding citizens carrying firearms for self-defense on public transit property and in vehicles. This ensures that citizens with varying commutes throughout their day, and of various economic means, are able to exercise their Second Amendment rights and defend themselves.

The bill also repeals the prohibition in state law against carrying firearms for self-defense in places of worship. This empowers private property owners to make such decisions regarding security on their own, rather than the government mandating a one-size-fits-all solution.

Again, please contact Senate President Dave Schatz and the Senate Majority Floor Leader Caleb Rowden, and ask them to schedule HB 1462 to be heard on the floor. 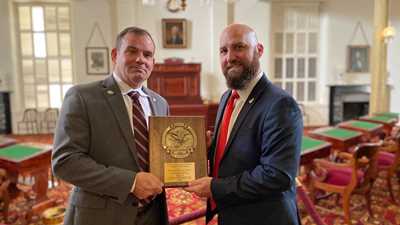