Good news can be elusive for New Jersey gun owners, but things trended in a good direction in Trenton this week.  As previously reported, the Assembly Law & Public Safety Committee worked on A.2426 by Assemblyman Benjie Wimberly on Monday.   In a positive development, the Committee amended the bill to address the bulk of our concerns by eliminating the "possessory offense”-only infractions that would have landed otherwise law-abiding citizens in the gulag with no bail.

As originally written, this bill was an extraordinarily dangerous piece of legislation.  It would have made denial of bail an automatic "rebuttable presumption" when a gun is involved.  In other words, if a gun was involved, bail would not be an option.  The original bill did not say a gun was possessed AND a crime was committed.  It said “or.”

These were possessory offenses, and New Jersey has an entire patchwork of complicated laws where honest mistakes have dire consequences, and most of them are simple possession offenses with no criminal intent.  We can produce a long list of people who have become ensnared and suffered those consequences, except this time, bail would have been eliminated.

On Monday, the Senate Law & Public Safety Committee has S.513 on the agenda.  This is the companion bill to A.2426.  We are working to secure the same amendments.  However, later in the week, the committee agenda was changed to "discussion only."  At this point, we continue to work on this bill.  It should also be mentioned that other groups have expressed concerns about this legislation, and lawmakers may lose the appetite to push this bill altogether.  In fact, a similar bill is on the agenda that only applies to those who steal firearms and would not impact law-abiding gun owners.  This may be their alternate solution?  We aren't making assumptions.  However, at this time, no member action is requested. If that changes over the weekend, we will issue a follow up alert as needed.

Thank you to those who contacted your Assembly members.  Your action makes a difference, and please continue to follow these updates for the latest developments. 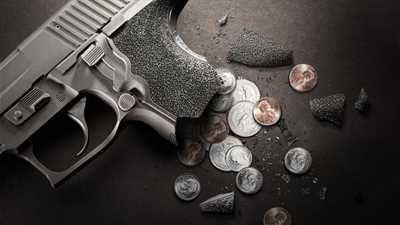