Today, NRA-ILA filed an amicus curiae (or friend of the court) brief in a case pending before the Second Circuit Court of Appeals concerning how the police may respond when presented with a concealed carry permit.

This case began when a Connecticut police officer approached a man who pulled over to fix his phone’s GPS. Upon being stopped, the man presented the officer with his driver’s license and state-issued license to carry a firearm. At the same time, he informed the officer that he had a lawfully carried pistol in the driver’s side door of his car. In response, the officer forcibly removed the man from his vehicle, handcuffed and frisked him, and then put him in the back of the squad car. It was not until after forcefully arresting the man that the officer checked to determine whether the license to carry was valid. And even after verifying that the license was valid, the officer still searched the entirety of the man’s vehicle and seized the man’s money and a hard drive containing pictures and videos of his deceased father.

The driver sued the officer for violating his Fourth Amendment rights. The District Court ruled in favor of the wrongfully detained driver, and the officer appealed to the Second Circuit Court of Appeals. NRA-ILA’s argument is straightforward: wrongfully arresting, searching and seizing the property of innocent firearm owners constitutes a gross violation of both the Second and Fourth Amendments.

“A state-issued license to carry a firearm does not give the state license to arrest the individual for carrying a firearm,” the brief argues. “The Fourth Amendment requires more from the arresting officer.” Upholding the officer’s actions would set a dangerous precedent against every innocent driver who dares to exercise his or her right to keep and bear arms.

NRA-ILA is dedicated to ensuring that law-abiding citizens have the right to freely carry firearms outside of the home for the protection of themselves and their family.

The case is captioned as Soukaneh v. Andrzejewski. 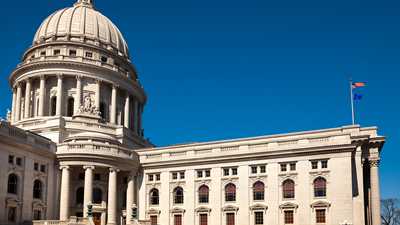