Despite their best efforts, Washington, D.C.’s local government has stumbled onto some important facts about violent crime. A December 2021 study conducted in concert with the federal enclave’s Criminal Justice Coordinating Council and the Metropolitan Police Department, the findings of which are published in a document titled “Gun Violence Problem Analysis Summary Report,” found that much of D.C.’s violent crime is perpetrated by a small portion of the population that is already known to law enforcement.

This small number of very high risk individuals are identifiable, their violence is predictable, and therefore it is preventable. Based on the assessment of data and the series of interviews conducted, [National Institute for Criminal Justice Reform] estimates that within a year, there are at least 500 identifiable people who rise to this level of very high risk, and likely no more than 200 at any one given time. These individuals comprise approximately 60-70% of all gun violence in the District.

The portion of the report examining the criminal justice system history of those involved in violence perpetrated with guns underscored the report’s conclusions. In compiling the data, “A victim or suspect was noted to have prior criminal justice system involvement if they were arrested in DC or other jurisdictions, regardless of conviction, prior to their involvement in the homicide.”

Those wondering how criminals known to law enforcement, and in many cases under city supervision, would be free to commit heinous violence in the federal enclave should take the time to read the Washington Post’s excellent 2016 series of articles titled “Second-Chance City.” The well-researched journalism explained how the District’s soft-on-crime policies and inability to monitor those placed under their supervision was a detriment to the city.

The fact that the vast majority of those involved in violent crime involving firearms are part of a extremely small subset of the population will come as no surprise to anyone who has studied violent crime.

In a 2010 item for the Journal of Quantitative Criminology, titled, “The Concentration and Stability of Gun Violence at Micro Places in Boston, 1980–2008” Harvard researchers explained that,

Recent advances in criminological research suggest that there is significant clustering of crime in micro places, or ‘hot spots,’ that generate a disproportionate amount of criminal events in a city… We find that Boston gun violence is intensely concentrated at a small number of street segments and intersections rather than spread evenly across the urban landscape between 1980 and 2008.

Then-Yale Ph.D. candidate and current Assistant Professor at the University of Texas Michael Sierra-Arévalo outlined some of the research on this topic in a 2015 piece for the Hartford Courant, titled, “The Shooting Disease: Who You Know, Where You Live.” Sierra-Arévalo explained,

The concentration is not just in terms of place, but also people. It’s a tiny handful of the community that’s responsible for the lion’s share of the bloodshed. Turning to Boston again, in the period between the mid-1990s and mid-2000s, more than half of all murders, more than three-quarters of youth homicides and 70 percent of all shootings were perpetrated by 1 percent of youth between the ages of 15 and 24.

The researcher went on to add, “As shown by Yale University sociologists in a recent study, 70 percent of all shootings in Chicago can be located in a social network composed of less than 6 percent of the city’s population.”

Chicago Magazine has also done an admirable job of covering the academic literature on this topic with its pieces titled “The Small Social Networks at the Heart of Chicago Violence” and “Chicago Gun Violence: Big Numbers, But a Surprisingly Small Network.”

The key insight that a significant portion of violence perpetrated with firearms takes place within a small geographic area and among a known fraction of the population suggests that policies narrowly targeted at problem areas, social networks, and individuals is a more appropriate approach to curbing violence than sweeping gun controls that restrict the rights of the population at large.

Now that the District has been confronted with the truth about violent crime, observers will see if the notoriously soft-on-crime jurisdiction has the will to combat the problem or if it will resort to its usual anti-gun scapegoating.

IN THIS ARTICLE
District of Columbia crime
TRENDING NOW 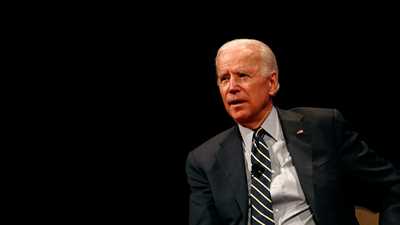