On Monday, the Senate Judiciary Committee will hear a number of pro-Second Amendment bills previously passed by the House. These bills are an ongoing effort to roll back infringements upon Second Amendment rights passed during the last two years. Please contact committee members and ask them to SUPPORT House Bills 204, 325, 509, and 827

House Bill 204 repeals the five business day delay for firearm transfers and restores the three day delay that was previously in place. The three day delay for state police to complete a background check was already considered appropriate for the technology level of the time when Virginia created its computerized background system decades ago. It is also what federal law considers appropriate in other states that use the federal NICS background check system.

House Bill 325 repeals the law that victimizes gun owners who suffer loss or theft of their property, with a fine if they do not report lost or stolen firearms within 48 hours of discovering them missing.

House Bill 509 restores due process protections in Virginia by repealing the so-called “red flag” scheme that allows the seizure of an individual’s firearms on baseless accusations, without a hearing or other opportunity for the person to be heard in court.

A person subject to the suspension of a Constitutional right should be entitled to high evidentiary standards, an opportunity to be heard, and the right to face his or her accusers. Civil liberties advocates from across the political spectrum have expressed concerns about these schemes and how the procedure may lead to abuses, due to insufficient due process protections.

House Bill 827 prevents localities from passing their own restrictions on lawful carry. Ever since the General Assembly allowed them to do so, anti-gun jurisdictions have created a confusing patchwork of carry restrictions that are difficult to know and obey and result in arbitrary boundaries that disarm law-abiding citizens without doing anything to keep armed criminals out.

It also prohibits localities from filing lawsuits against the firearm industry for lawful activities. It does not prohibit lawsuits for breach of contract or negligence from firearms or ammunition purchased by localities.

In addition, it requires localities to sell any firearms they receive in so-called “gun buyback” events to licensed dealers rather than destroy them. This ensures that firearms obtained by, or with the assistance of, taxpayer-funded resources are made available to law-abiding citizens in sales that recover funds for the localities. 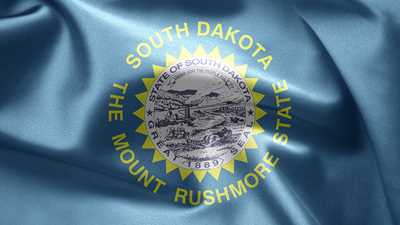