Last night, the Washington Senate passed an amended version of extreme magazine ban legislation limiting ammunition magazines to 10 rounds, Senate Bill 5078, by a 28 to 20 vote.  The measure will now be sent to the House of Representatives where it will be referred to a committee for further consideration.  Now, more than ever, NRA Members and Second Amendment supporters need to contact their Representative in opposition to this measure.

Senate Bill 5078, bans the manufacture, possession, sale, transfer, importation, etc., of magazines that “are capable of holding,” or hold more than, 10 rounds of ammunition.  This includes conversion kits or parts from which any such magazine may be assembled.  These so-called “high capacity” magazines are, in fact, standard equipment for commonly-owned firearms that many Americans constitutionally and effectively use for an entire range of lawful purposes, such as self-defense or competition.  For example, the Glock 19 was the most commonly purchased firearm of 2021 and has a standard-issue magazine that holds 15 rounds of ammunition.  Any violation of this measure is a gross misdemeanor, punishable by a maximum of 364 days in jail and/or a fine of up to $5,000.

Again, please contact your State Representative and ask them to OPPOSE Senate Bill 5078. 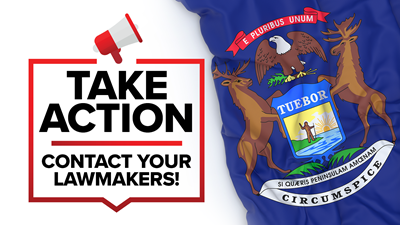