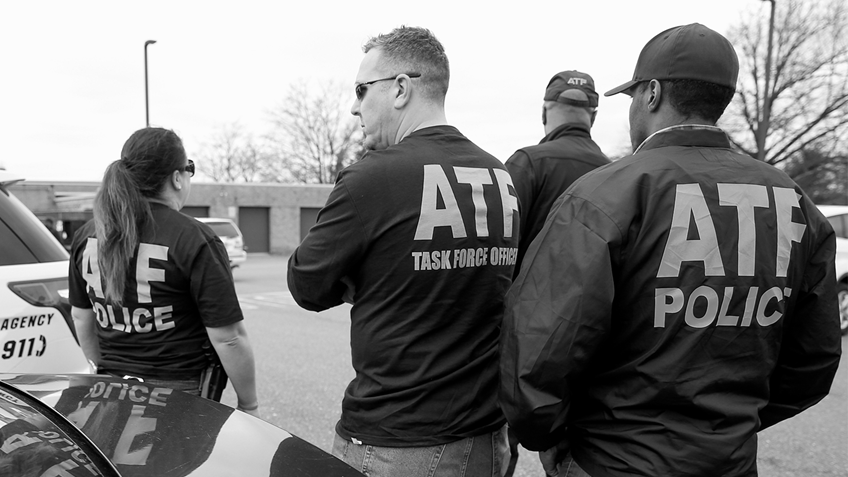 In recent weeks, Americans have rightly become concerned over a somewhat obscure ATF recordkeeping regulation that has a profound impact on gun rights. If gun control advocates get their way in changing this federal regulation for the worse, altering how ATF maintains these records, and are successful in criminalizing the private transfer of firearms, American gun owners would find themselves subject to what amounts to a backdoor gun registry.

Federal law requires those who purchase a firearm at a Federal Firearms Licensee (gun dealer or FFL) to fill out a form 4473. This record of the firearm transfer is then stored by the dealer on their premises. This creates a system whereby if a gun is found at a crime scene ATF can trace the firearm to the last retail purchase. However, since the records are stored with each FFL, the system is decentralized in a manner that protects against government abuse of gun owner data.

Gun dealers are required to maintain 4473s for 20 years. When a dealer goes out of business they must send their last 20 years of records to ATF’s National Tracing Center to facilitate firearm traces. Some of ATF’s materials appear to deliberately omit the 20-year requirement, seemingly in the hopes that FFLs will send all of their records to the National Tracing Center, regardless of age.

Under this system, over a million out-of-business dealer records are sent to ATF each month. Records obtained by gun rights advocates show that in 2021 ATF processed a staggering 54.7 million of these records.

ATF proposed rule 2021R-05 would make this record-keeping requirement more burdensome for FFLs and diminish gun owner privacy. Under the proposed rule, FFLs would be required to maintain 4473s indefinitely and relinquish all such data to ATF upon going out of business. NRA-ILA is opposed to this rule change.

The implications of this transaction retention requirement are even more concerning given ATF’s longtime goal of “modernizing” the records at the National Tracing Center. Describing the current record retention system, the New York Times reported in May,

The gun lobby, led by the National Rifle Association, has for years systematically blocked plans to modernize the agency’s paper-based weapons-tracing system with a searchable database. As a result, records of gun sales going back decades are stored in boxes stacked seven high, waiting to be processed, against every wall.

The paper records, which must be fed by hand into scanning machines to be stored as visual images, represent three distinct layers of dysfunction: the lack of a modern online filing portal, the prohibition against allowing records to be input as searchable data — so they would not have to be scanned like old family photos — and the failure of Congress to fund enough people to process the information as quickly as it comes in.

The type of electronic searchable database the ATF is seeking to develop would amount to a partial firearm registry. And as all gun rights supporters and gun control advocates know, firearm registries facilitate firearm confiscation.

This understanding was at the heart of the debate over the Gun Control Act of 1968 and the development of the current recordkeeping system. In 1985, Sen. James McClure (R-Idaho) explained, “The central compromise of the Gun Control Act of 1968—the sine qua non for the entry of the Federal Government into any form of firearms regulation was this: Records concerning gun ownership would be maintained by dealers, not by the Federal Government and not by State and local governments.”

In fact, the current tracing system has already been abused to compromise gun owner privacy.

In February 1994, Treasury Secretary Lloyd Bentsen (ATF was then under the Department of the Treasury) announced the reclassification of three models of shotgun as destructive devices. Under Bentsen’s view, the Striker 12/Streetsweeper and USAS-12 shotguns were not “generally recognized as particularly suitable for sporting purposes” and thus met the definition of “destructive devises.” Up until this point, these shotguns had been sold in the same manner as any non-NFA firearm.

In a press release announcing the reclassification, ATF explained how they intended to enforce the new ruling,

ATF will be working with the manufacturers and federally licensed firearms dealers to determine who owns these weapons. All owners will be receiving a notice from ATF with instructions on registering the weapons. Owners will be given 30 days from the time the receive ATF’s notice to register the weapons without payment of the transfer tax. Any weapons not registered within that time will be subject to seizure and forfeiture, and the owner could be subject to a criminal fine of up to $250,000, or up to 10 years in jail, or both.

This is sometimes referred to as a forward trace. Rather than working from a gun found at a crime scene, ATF went to the manufacturers of the newly-restricted firearms and then followed the paper trail forward to the 4473 of the lawful purchasers.

In this instance, gun owners who had complied with the law when purchasing their shotgun were forced to register themselves with the government or forfeit their firearm. It is easy to see how a digitized searchable firearm tracing database/registry would help to facilitate the further harassment of law-abiding gun owners or even gun confiscation.

The National Tracing Center could take another step towards a firearm registry if anti-gun lawmakers criminalize the private transfer of firearms – sometimes referred to as universal background check legislation. By funneling more firearm transfers through FFLs, lawmakers would create additional opportunities for recordkeeping on firearms and gun owners that could end up in the National Tracing Center database.

Gun owners have every reason to jealously guard information pertaining to firearm transfers. NRA-ILA will continue to work to help ensure gun owner privacy and to keep gun owners apprised of the ongoing attempts to cobble together a backdoor firearm registry. 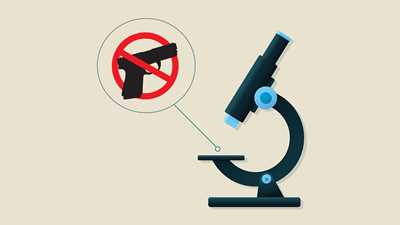