"Last night the Commonwealth returned to its roots and rejected the anti-gun agenda that has plagued the Virginia House of Delegates for the past two years," said NRA-ILA Virginia State Director, D.J. Spiker. "Thanks to a historic investment by the NRA, through our unrelenting group of dedicated volunteers and critical infrastructure statewide and in key House districts, we were able to mobilize our members and the public at large. Our message of ensuring public safety, defending law enforcement, protecting our schools, and your right to self-defense clearly resonated with the people and we look forward to working with the incoming majority once the 2022 session commences."

Virginia experienced a sharp rise in first-time gun ownership in the last 18 months including a significant increase in conceal carry permits. With the jump in violent crime, the right to self-defense and protection has been a critical issue in Virginia. Despite those clear signals, the House of Delegates rammed through a number of bills that weakened Virginians Second Amendment rights. This election, Virginia voters rejected these policies, giving the incoming majority a clear mandate.

"On behalf of our five million members, the National Rifle Association congratulates the people of Virginia on last night's victory," said NRA-ILA Executive Director, Jason Ouimet. "It's clear that Virginia voters value the right to self-defense and ensuring public safety. In 2022, the NRA looks forward to securing pro-gun majorities in the House of Representatives and U.S. Senate."

The 2022 Virginia General Assembly is scheduled to being on January 12. ​ 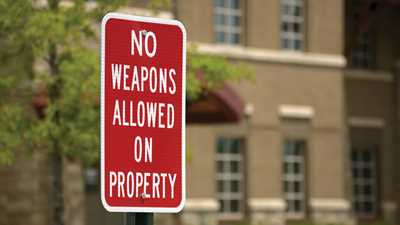