Virginia Democratic gubernatorial candidate Terry McAuliffe’s supporters are getting increasingly desperate. A group backing McAuliffe is posing as conservatives and running ads attacking Republican gubernatorial candidate Glenn Youngkin from the right. Named Accountability Virginia PAC, the outfit was described by news outlet Axios as a Democratic strategist-led effort to “drive a wedge between the Republican candidate for Virginia governor and his core voters.”

The content of the Accountability Virginia PAC’s ads show that they are targeting gun owners in their voter suppression campaign. The disingenuous ads are designed to portray Youngkin as anti-gun to pro-gun voters in the hopes that these voters will sit this election out. Some of the misleading messages even mimic NRA’s well-known orange election postcards in order to give the false impression that NRA opposes Youngkin’s candidacy.

Here are the facts:

NRA-PVF has not endorsed a candidate in the Virginia governor’s race.

McAuliffe is seeking to attack gun owners and the Second Amendment by enacting a multitude of radical and unconstitutional gun control measures.

Disappointingly, one of the commonwealth’s largest interests is implicated in this voter suppression campaign. According to subsequent Axios reporting, Virginia electric utility Dominion Energy lavishly funded the phony outfit to the tune of $200,000. It should be noted that Dominion Energy enjoys a monopoly in much of the commonwealth. Therefore, many Virginians were effectively forced to pay for this underhanded misinformation campaign.

Following public outcry, on October 18, Dominion Energy CEO Robert Blue emailed employees to tell them that the company had erred in donating to the voter suppression outfit. According to the Richmond Times-Dispatch, Dominion Energy has asked the deceitful group to return its $200,000.

Sadly, this isn’t the first time gun owners have been targeted by a left-wing misinformation campaign. In the 2020 election Montana gun owners were the focus of a California-funded fake hunting group and misleading mailers concerning a pro-gun state referendum.

It’s easy to understand why dishonest political actors would target gun owners. Firearm owners are a proven political force that has the power to sway elections. Well-informed gun rights supporters should work to ensure that their family, friends, neighbors, and other like-minded individuals know the truth about these ugly voter suppression tactics prior to election day.

To find out more about what you can do to protect gun rights in Virginia, please visit: https://www.nraila.org/grassroots/. 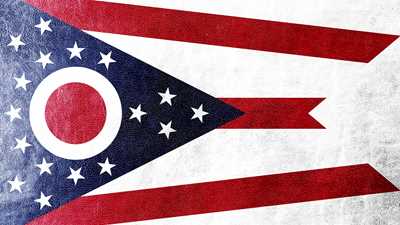