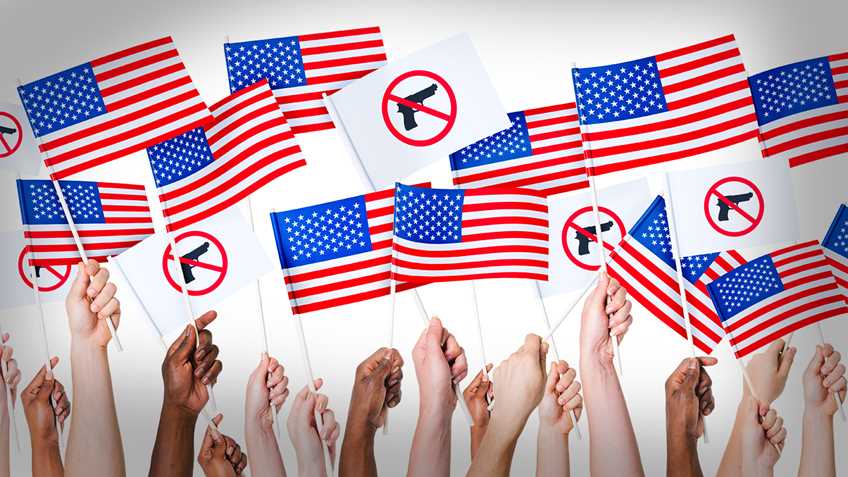 Now a staff writer at the stultifyingly establishment Atlantic magazine, Frum authored a piece for the October 2021 issue titled, “How to Persuade Americans to Give Up Their Guns.” Frum’s thesis is that Americans own too many guns and that more guns leads to more death and crime. In order to combat this situation, Frum urges gun control advocates to convince gun owners to forfeit their firearms by making gun ownership socially unacceptable. In the commentator’s mind, there needs to be a “moral reckoning” whereby gun ownership is treated as something akin to drunk driving.

There’s nothing novel about Frum’s approach. As with most of the Atlantic’s content, Frum’s piece is mostly warmed-over regime talking points.

The CDC’s chief anti-gun advocate, National Center for Injury Prevention and Control Director Mark Rosenberg, pushed for a cultural anti-gun campaign in the early 1990s. In a 1994 interview with the New York Times, Rosenberg said, “We need to revolutionize the way we look at guns, like what we did with cigarettes.” The taxpayer-funded activist added, “It used to be that smoking was a glamour symbol, cool, sexy, macho. Now it is dirty, deadly and banned.”

In 1995, then-U.S. Attorney Eric Holder gave a speech in which he stated, “What we need to do is change the way in which people think about guns, especially young people, and make it something that’s not cool, that it’s not acceptable, it’s not hip to carry a gun anymore, in the way in which we changed our attitudes about cigarettes.” The future Attorney General went on to add, “We have to be repetitive about this. It’s not enough to have a catchy ad on a Monday and then only do it Monday. We need to do this every day of the week, and just really brainwash people into thinking about guns in a vastly different way.”

Likening gun control and the gun control effort to anti-drunk driving policies and the Mothers Against Drunk Driving campaign is a similarly tired bit. Gun control activists from Donna Dees-Thomases of the inaccurately-named Million Mom March to Moms Demand Action founder Shannon Watts have cited MADD as inspiration. Conversely, the vast majority of Americans seem to intuitively understand that exercising their fundamental right to keep and bear arms isn’t analogous to recklessly traversing the public roadways.

As noted, Frum’s chief contention is that more guns leads to more death and crime. For instance, Frum attempted to connect the historic gun sales in 2020 with the recent spike in violent crime. The commentator wrote,

When the coronavirus pandemic struck last year, people throughout the developed world raced to buy toilet paper, bottled water, yeast for baking bread, and other basic necessities. Americans also stocked up on guns. They bought more than 23 million firearms in 2020, up 65 percent from 2019. First-time gun purchases were notably high. The surge has not abated in 2021. In January, Americans bought 4.3 million guns, a monthly record.

Last year was also a high-water mark for gun violence—more people were shot dead than at any time since the 1990s—though 2021 is shaping up to be even worse.

In July, the journal Injury Epidemiology published “Firearm purchasing and firearm violence during the coronavirus pandemic in the United States: a cross-sectional study.” The paper concluded, “Nationwide, firearm purchasing and firearm violence increased substantially during the first months of the coronavirus pandemic. At the state level, the magnitude of the increase in purchasing was not associated with the magnitude of the increase in firearm violence.” This acknowledgement is notable, given that paper was funded by the anti-gun Joyce Foundation (which also funds handgun prohibition organization Violence Policy Center) and California’s gun control factoid factory at UC Davis.

While its refreshing for gun control supporters to make such an admission, the UC Davis findings won’t surprise anyone who didn’t sleep through the last three decades.

Since the early 1990s, the number of privately-owned firearms has more than doubled, from about 192 million to more than 405 million - including more than 167 million handguns. Moreover, thanks to the diligent work of gun rights supporters, more Americans than ever before can exercise their Right-to-Carry outside the home for self-defense. Until Florida passed a “shall issue” permitting process in 1987, less than 10 percent of the American public lived in a Right-to-Carry state. Today, 42 states, accounting for 74 percent of the U.S. population, respect the Right-to-Carry – with 21 states respecting the right to do so without a permit.

According to FBI data, the homicide and violent crime rates fell by roughly 50 percent between 1991 and 2019.

Frum also pointed to what he perceives as a problem with unintended shootings. Again, these unfortunate incidents have fallen precipitously as the number of firearms Americans own has increased.

In another lame throwback, the Bush-era speechwriter rehashed tired arguments about the purported dangers of a firearm in the home. The pundit stated, “In virtually every way that can be measured, owning a firearm makes the owner, the owner’s family, and the people around them less safe,” and that “The gun you trust against your fears is itself the thing you should fear. The gun is a lie.” Further stoking suspicion of everyday gun owners, Frum wrote,

Drawing a bright line between the supposedly vast majority of “responsible,” “law abiding” gun owners and those shadowy others who cause all the trouble is a prudent approach for politicians, but it obscures the true nature of the problem. We need to stop deceiving ourselves about the importance of this distinction.

Frum doesn’t cite an actual study to support his claim, but this anti-gun talking point is often accompanied by a reference to a 1993 study by Arthur Kellerman titled, “Gun Ownership as a Risk Factor for Homicide in the Home.” The notorious work is largely responsible for the anti-gun factoid that a person with a gun in the home is supposedly more likely to shoot a family member than a criminal.

As we have repeatedly pointed out, the study was rife with methodological flaws and reached questionable conclusions. An actual examination of the output of Kellerman’s model shows that renting a home or living alone are both higher risk factors than keeping a firearm in the home.

In a detailed critique of the study in his book “Armed: New Perspectives on Gun Control,” Florida State Criminology Professor Gary Kleck noted that Kellerman’ work should be “cited in a statistics textbook as a cautionary example of multiple statistical errors.” Challenging the study’s methodology, which involved sampling atypically high-violence geographic areas, Kleck concluded, “there is no formal research basis for applying any conclusions from this study about the effects of gun ownership to the general population.”

While exaggerating the risk posed by normal gun owners, Frum was quick to dismiss evidence showing that Americans use firearms to defend themselves at least hundreds of thousands of times each year. According to the writer, the fact that this evidence is procured from survey data means it is biased. The former speechwriter neglected to acknowledge that data from multiple surveys conducted by different entities, including the CDC’s Behavioral Risk Factor Surveillance System, indicate roughly 1 million defensive firearm uses per year.

According to Frum, “American gun buyers are falling victim to bad risk analysis.” Here the writer exposed his belief that ordinary Americans are too stupid to take stock of their own circumstances and determine how to best defend themselves and their families. Presumably, he would outsource Americans’ personal decisions to media and government elites like himself. In an era where trust in media and the federal government are trending to all-time lows, concerns over crime have surged, and parts of the country have been all but forfeited to criminals, Frum’s new war will be a tough sell. 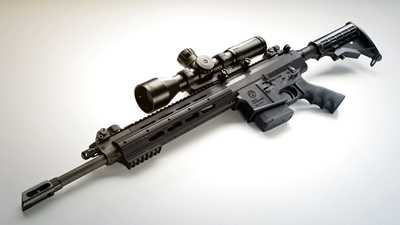