Even though their so-called "universal background check" and "red flag" laws have been abject failures, anti-gun state lawmakers are continuing their war on law-abiding gun owners by calling for mandatory firearms storage proposals and limits on magazine capacity to be considered during the 30-day session in 2022.  They are asking Governor Michelle Lujan Grisham to make these bills germane to what is typically a budget-only session.

Contact your state lawmakers and the governor's office IMMEDIATELY and tell them NO MORE GUN CONTROL!

The soft-on-crime policies of Albuquerque Mayor Tim Keller, Bernalillo County DA Raul Torrez, and progressives in the Roundhouse are to blame for the crime epidemic in Albuquerque -- not law-abiding gun owners.  That lawmakers would have the audacity to call for more restrictions on law-abiding citizens while violent criminals run rampant in the state shows how tone deaf they are and continue to be.

Make your voice heard TODAY!  When we are able to obtain the language of the actual proposals, NRA-ILA will be sure to share it with you. 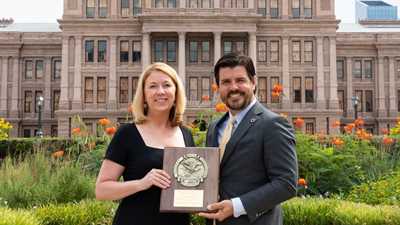