On June 29, Yves Giroux, Canada’s Parliamentary Budget Officer, released a report on the estimated cost of implementing the firearm confiscation (“buyback”) program that is part of the sweeping Order-in-Council announced by Liberal Prime Minister Justin Trudeau on May 1, 2020. That law immediately banned more than 1,500 models of firearms (along with any current or future firearms that could be considered a “variant” of the listed guns) and established a time-limited amnesty that allows the owners of these formerly lawful guns to possess the guns until April 30, 2022 without incurring criminal liability. Owners would be offered the “choice of either grandfathering or compensation if they surrender the firearm,” with the details “announced later.”

More than a year later, gun owners in Canada still have no information about how the grandfathering, confiscation, or compensation will work, although the government assures Canadians that it is “committed to a buy-back program that would allow you to return [turn in] your firearm for fair compensation.”

Taxpayers are likewise still waiting for answers regarding the costs of implementing this law. Last fall, Bill Blair, the federal Minister of Public Safety and Emergency Preparedness overseeing the implementation of the gun ban, refused to answer questions about the price tag for this gun control scheme, although he had previously indicated that the “buyback” program alone was expected to cost between CAD$400 million and $600 million.

Unfortunately, the new report by the Parliamentary Budget Officer (PBO) fails to shed much light on the compelling question of cost. What the report does provide is a very inexact estimate for just the firearm confiscation/compensation program, ranging from CAD$47 million to $756 million.

This upper range exceeds, by a considerable amount, the maximum of $600 million given by Bill Blair. Moreover, a careful reading of the PBO document indicates that the common thread that runs through the entirety of the 16-page report is uncertainty – the document is replete with hedging and qualifications and disclaimers. It is apparent the authors simply weren’t given much to work with, but the clear implication nevertheless is that the actual cost has the potential to climb far above the $756 million maximum.

For starters, the number of guns that are “eligible” for the mandatory surrender is unknown. The report uses two datasets, one from the government and a survey-based one from the industry (Canadian Sporting Arms and Ammunition Association, CSAAA). The government data pegs the number of affected firearms at approximately 150,000, while the CSAAA estimate is around 518,000. The “PBO was unable to fully reconcile the competing estimates.”

A second variable is compensation. Despite repeated requests by the PBO, the Minister of Public Safety and Emergency Preparedness advised that no details would be forthcoming about the firearms pricing and compensation models because the department was “not in a position to share programmatic details, exact timelines, and costs against which such a program would run.” Absent these key details, the PBO looked at both a “tiered” model (used in New Zealand), where compensation took into account the firearm’s condition to a maximum of 95 percent of a set value, and a “market value” model. Both apparently used, as a base, the prices in the CSAAA dataset (the government data did not list firearm values or prices). The average retail value of all firearms from the CSAAA’s dataset was used where there was no indication of a specific average retail value. The report adopted the percentages regarding gun condition from New Zealand’s 2019 confiscation program, where 58 percent of firearms surrendered were in “new/near new” condition, 40 percent in used condition, and two percent were in poor condition. The analysis also factored in various “take up” rates (how many of the estimated firearms are actually turned in), possibly because of the as-yet undetermined grandfathering option.

The PBO report emphasizes that these amounts do not (and cannot) account for other variables which will affect these estimates. Besides the unknown compensation structure, other “program design factors” that could impact the cost include whether compensation will also be provided for firearm ammunition and parts, and whether dealers will be compensated for their businesses losses.

Another huge variable is the administrative costs, broken down in the report as including at least eight categories: consulting services, personnel costs, technology (software and computer equipment), appraisal (if condition is a factor in compensation), and transportation, storage, and destruction of confiscated firearms. The PBO document states that “in the absence of a plan, it is currently impossible to estimate the program administration costs,” but adds that the experience in New Zealand was that such “program administration costs” were almost twice the amount that had been originally anticipated.

As you may have guessed by now, the report concludes that there are “too many outstanding questions on how this program will be implemented to currently develop a complete picture of the true potential cost of the program.”

One professor has recently expressed the viewpoint that gun rights advocates should stop pointing to the extravagant costs associated with the Trudeau government’s gun ban, as these “enormous estimates may have an unintended consequence for gun owners: it could lend support to the idea of prohibiting assault rifles without taxpayers doling out compensation.” In short, instead of questioning the wisdom of another publicly funded fiasco like the Liberals’ long gun registry, or government fecklessness and waste more generally, “gun groups might be wise to work with the government to ensure reasonable compensation, rather than inflating the potential cost of the program to undermine it.”

The government – as the PBO report confirms – has made and “reiterated its commitment to offer fair market compensation” for the confiscated property. Canada’s gun owners and taxpayers alike have a right to know how government resources are being managed and spent —especially, as the professor notes, now that “COVID has placed enormous pressures on public finances.” It’s obvious (and alarming) that at this point no one—least of all the politicians responsible for the gun ban – has any accurate idea of what this confiscation program will cost.

What Canadians do have is at least one credible reason to believe that the “complete picture” on cost will exceed whatever estimates are being disclosed currently, given that it’s a hallmark of Liberal gun control measures that the cost astronomically exceeds both projected estimates and any public benefit that results. Is it really a good policy to disregard or talk down the fiscal red flags raised by this compulsory government expropriation of private property to avert the same kind of government thievery on a more blatant scale? Surely, if cost is the critical factor in these post-COVID times, why not call on the government to repeal the Order-in-Council and scrap the program entirely?

As we’ve said before, all signs point to the Liberal government having had no implementation plan, cost projections, or feasibility studies at the time it imposed its May 2020 gun ban law. The gun control scheme was going to go ahead regardless of its lack of effect on gangs and violent criminals, the economic impact on sporting, hunting, and farming communities and the gun industry, or the ultimate cost to the taxpaying public. All this, together with the informational blackout on just how this gun ban will work, months away from the expiry of the amnesty period, are just some of the things “undermining” the program.

Many government programs appear sensible and workable in theory, before all those things that go wonky actually start going wrong. As demonstrated by the PBO report, though, the Trudeau government’s gun ban doesn’t even look good on paper. 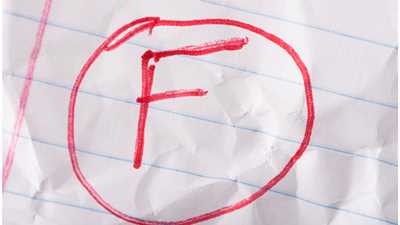