In the run-up to the 2020 election, most of the Democratic candidates were united in pushing for a national “gun buyback” program. Sen. Bernie Sanders tweeted, “The federal government must ban assault weapons and implement a buyback program to get assault weapons off the streets.” Candidate and now Vice President Kamala Harris campaigned on a promise to impose a “mandatory gun buyback program,” as did Joe Biden (“Biden will also institute a program to buy back weapons of war currently on our streets”).

At the same time, U.S. Rep. Donald Payne, Jr. (D-NJ) and other Democrats introduced H.R. 1279, the Safer Neighborhoods Gun Buyback Act of 2019. The bill would authorize a $360 million per year program run by the federal Department of Justice, to make grants to state and local governments for conducting “buybacks.” Rep. Payne described it as a “proactive bill that will help end violence by getting guns off the streets. Gun buyback bills have been popular law enforcement and public safety tools across the country, but the money just hasn’t been there for a widespread program.”

His 2019 proposal follows previous unsuccessful bills on the same topic in 2017 and 2015; a 2013 version was remarkable only by being awarded “The Most Expensive Bill of the Week” by the National Taxpayers Union Foundation. (One factor may have been the bill’s mandatory ten percent set-aside of the funding for recycling the guns – not for teaching safe firearm handling at youth shooting classes or use by law enforcement agencies, but to turn the guns into “energy efficient washing machines, car parts, energy efficient refrigerators, or other steel parts such as railroad or metro tracks.”)

A working paper published by the National Bureau of Economic Research this month titled, Have U.S. Gun Buyback Programs Misfired?, confirms that these programs have no positive impact on public safety.

The three researchers, from the University of California, Santa Barbara; San Diego State University; and Montana State University, used crime data from the FBI’s National Incident Based Reporting System as well as mortality information collected  by the CDC’s National Vital Statistics System for the period starting in 1991 and running until 2015. They also looked at 339 “gun buyback programs” (“GBPs”) held in 277 cities (110 counties) across the country during the same timeframe (and listed at Table 2 of the paper). For the purposes of their research, a “gun buyback program” was defined as “an event where gun owners could legally sell their firearms to their local law enforcement agencies, after which the firearms were destroyed.”

While the paper has not been peer-reviewed, their findings may be summarized as:

There is “no evidence” that gun buyback programs reduced firearm-related suicides and homicides in the years following a buyback.

The evidence with respect to gun crime showed a small decrease in gun crime (1.3 percent) in the 12 months following a gun buyback; however, in the two months following a buyback event, the researchers found a small increase in gun crimes with no corresponding change in non-gun crimes. Overall, there was “no evidence” that buybacks “significantly reduced violent or non-violent crime in either the short-run or longer-run. Rather, holding a buyback was “associated with short-run increases” in firearm-involved robberies, weapons law violations, drug violations, vandalism, and kidnapping.

The researchers conclude that their findings “provide compelling evidence that prior U.S. city GBPs have been ineffective at deterring gun violence and have been an inefficient use of taxpayers’ dollars.”

This is not the only research establishing that these programs have a negligible effect on crime. As far back as 1994, a study focusing on the effects of a 1992 buyback program in Seattle, WA, determined that “comparing firearm-related events per month before and after the program, crimes and deaths increased, and injuries decreased, but the changes were not statistically significant.” The program “failed to reduce significantly the frequency of firearm injuries, deaths, or crimes.” Even The Trace, the Michael Bloomberg-funded anti-gun website, admits that, “Gun buybacks have been used in the United States for the last 50 years, but many studies have shown them to be ineffective.”

Regardless, feckless politicians and gun control advocates persist in promoting such programs and the related outlay of public funds. In April, Esquire magazine opined that “we should put VOLUNTARY gun buyback programs at the center of our collective response to this incessant violence. These programs exist already, but they should be more prominent” (emphasis in original). U.S. Rep. Theodore E. Deutch (D-FL) co-sponsored H.R.3143, a bill to “establish a gun buyback grant program,” on May 12, the same day that Rep. Payne proposed (again) a bill on his buyback grant program, H.R. 3159.

At best, these programs compensate honest gun owners for getting broken old clunkers of guns out of the house; at worse, they are a prime example of the way gun-control charlatans fritter away other peoples’ money on crackpot “violence prevention” schemes. An editorial in the Baltimore Sun was right on the money when it described that city’s buyback event as a “large waste of time, money and resources.” Instead of being “a crime fighting tool,” the buyback strategy “turns out to be more of a photo op and marketing stunt meant to send the message to residents fed up with violence that the cops are throwing everything they can at the problem.” 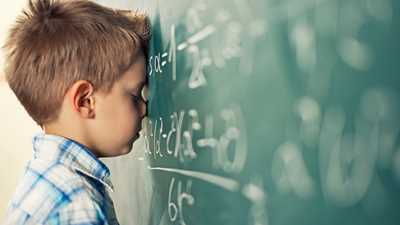