The U.S. Secret Service National Threat Assessment Center recently released a report on targeted school violence that didn’t seem to get much attention from the media. After reading it, we can understand why, as it doesn’t easily fit into the standard legacy media paradigm of exploiting tragedy to “prove” that guns are bad, and we need new laws to further restrict access to them.

This report focused on the analysis of “67 averted school attack plots” in the U.S. from 2006 to 2018, with an averted attack defined as “a plot in which (i) a current or former K-12 school student (ii) took steps to advance an attack plan (iii) to cause physical injury to, or the death of, at least one student and/or school employee.”

Of course, it is impossible to know for sure, how many of the 67 plots would have actually led to violent attacks, but the report showed that those whose plots were uncovered shared many similarities with those who actually did perpetrate school attacks.

The shared histories of those who plotted and those who perpetrated attacks included:

The real takeaway from the report, though, is that plots against schools are often preventable.

Whether the plotters actually discussed their plans with others, or exhibited behavioral patterns and/or experiences that indicated there may be something troubling the plotter, the reason each of these 67 plots was uncovered was that someone became aware of a potential problem and reported the situation.

In its analysis of the overview of the plots averted, the report looked at school characteristics, plotter demographics, motivation for the plots, planning, plot elements, plot detection and reporting, and responding to the report.

Under the background of the plotters, the report looked at disciplinary history, prior law enforcement contact, mental health and substance use, stressors, bullying, concerning communications, and interest in violence.

All of the categories under the overview of plots and backgrounds of the plotters had numerous subsets—some shared and some not—so delving into those details would run a bit long. Anyone interested in those details can review the report online.

When it comes to the topic of firearms, that issue is discussed, predominantly falling under planning and plot elements.

The report says that roughly three-quarters of the cases involved plotters who had “potential access to at least one weapon,” but that includes all potential weapons, not just firearms. The report is also unclear as to what “potential access” actually means in each circumstance.

The overall message from the report is that, in many situations, if not most or all, students who plot violent attacks that take place at school can be stopped before they perpetrate their crimes. Identifying stressful circumstances and the signs that an individual is experiencing them is key. So is reporting such things. And, of course, reporting any communication of threats is paramount to interceding in a possible future attack.

Sadly, there have been instances when warning signs were ignored, and tragedy followed. It is then that anti-gun extremists tend to start calling for more restrictions on firearms. The reality of this report, though, is that there are means to prevent tragedy without diminishing our rights protected under the Second Amendment.

The report makes clear that if people pay attention to the actions of truly troubled students, and act accordingly, tragedy can often be averted. It also shows that those in distress can have their situations appropriately evaluated, and treatment can follow before it is too late to act. 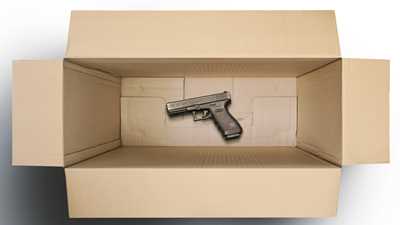