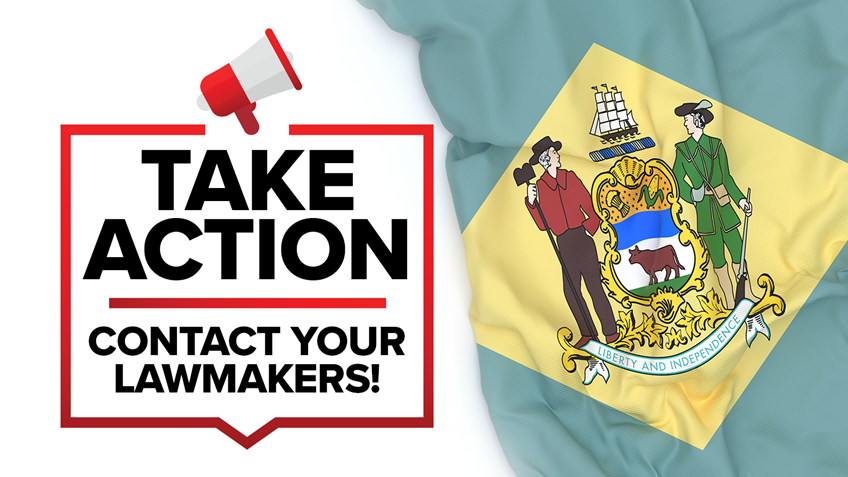 Yesterday, the Senate Judiciary Committee issued favorable reports for Senate Bill 6, to ban magazines over an arbitrary capacity limit, and Senate Bill 3, to impose a Maryland-style “handgun qualified purchase card” and a handgun transfer registry in Delaware. These bills now advance to the full Senate, where they will likely receive a floor vote today. Please contact your state senator and ask them to OPPOSE SB 6 and SB 3.

Senate Bill 6, the so-called “Delaware Large Capacity Magazine Prohibition Act,” bans possessing magazines with a capacity greater than seventeen rounds of ammunition. Such arbitrary limits are not grounded in public safety and, instead, restrict law-abiding citizens who use these magazines for various purposes, such as self-defense and competition.

Senate Bill 3 requires prospective purchasers or recipients of a handgun to first have a “handgun qualified purchaser card,” which requires a training course. While those with a carry permit are exempt from the training requirement, they are not exempt from the license. In addition, it requires information regarding prospective handgun purchasers be made available to state law-enforcement, and does not prohibit law-enforcement from retaining records of purchasers, and of the firearms purchased. This provision essentially creates a state registry of handguns.

As the nation’s leading provider of firearms training, NRA knows the important role that high-quality firearms education plays in the safe and responsible use of firearms. At the same time, NRA understands that gun owners are a diverse community with a variety of educational needs. That is why NRA opposes mandatory and one-size-fits-all firearms training policies that can act as a barrier to the competent exercise of Second Amendment rights.

Again, please contact your state senator and ask them to OPPOSE SB 6 and SB 3.