New Zealand’s beleaguered gun owners are bracing for a second round of gun confiscations following a raft of new gun control measures enacted last summer that are set to take effect on February 1. Kiwi shooters will have until August 1 to turn over their prohibited items or face severe criminal penalties.

In order to enforce the ban, the legislation provided for a firearm confiscation scheme. As with Australia's 1996 national firearms "buyback" program, law-abiding New Zealand gun owners were forced to turn their lawfully-acquired property over to the government for a set amount of compensation. The program ran from June 20-December 20, 2019. Compliant gun owners were treated to poor compensation and a breach of their personal data.

At the end of the confiscation program the government had collected roughly 56,000 firearms. A June 2019 report from consulting firm KPMG had estimated that there were as many as 173,000 newly-prohibited firearms in the country. New Zealand gun rights group, the Council of Licensed Firearms Owners estimated that 170,000 prohibited firearms were still in the hands of Kiwis after the confiscation program.

Proving that no gun control measure is ever enough for the anti-gun zealots, Ardern’s Labour government was back at work restricting firearms in June with the Arms Legislation Act 2020.

In addition to prohibiting new categories of firearm, the legislation cut the period for a first time firearms license from 10 to 5 years. The legislation also mandated that police notify a firearm license holder’s physician of the individual’s status as a license holder and required physicians to report to the police on the health conditions of the license holder. Moreover, the Act added new restrictions on the possession and sale of ammunition.

In order to facilitate the government’s future firearm confiscation efforts, the new law also mandated firearms registration. The firearms registry is set to be developed over the next three years.

According to Labour MP Hon Poto Williams, “This year’s buy-back will look very different to the one in 2019 as there will be no large-scale collection events,” noting, “Police will be managing the smaller buy-back through appointments at Police stations.” Compliant gun owners have been told to contact [email protected] to arrange an appointment to forfeit their firearms.

Those found in possession of a prohibited firearm face up to five years imprisonment.

In criticizing what he called “gun buyback 2.0,” New Zealand’s National Party Police Spokesman Simeon Brown stated, “The first gun buyback was merely a marketing exercise. After spending $103 million on the scheme, the Government couldn’t even confirm whether it had made New Zealand safer or if it had collected all prohibited firearms,” adding, “That’s because most law-abiding New Zealanders handed in their now-prohibited firearms, but gangs and criminals, those who pose the greatest risk to our safety, did not.”

U.S. gun owners should pay careful attention to New Zealand. The Labour government’s second assault on gun owners in as many years is further proof that gun control advocates will not be satisfied short of total civilian disarmament. 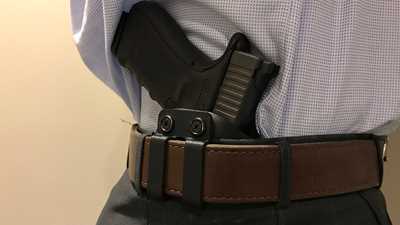