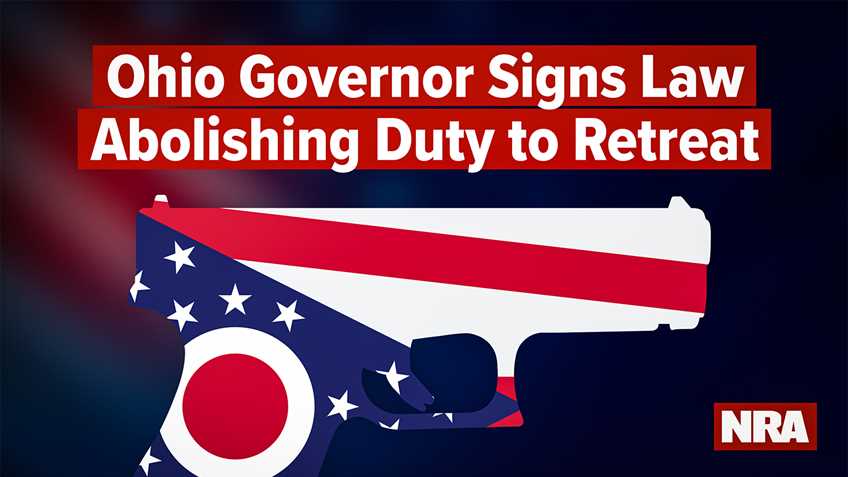 FAIRFAX, Va. – The National Rifle Association Institute for Legislative Action (NRA-ILA) thanks Ohio Gov. Mike DeWine for signing Senate Bill 175, important self-defense legislation that protects Ohioans should they ever be forced to defend themselves or their families while outside of their home.

“This bill ensures that victims are protected should they ever need to defend themselves or others,” said John Weber, Ohio state director for NRA-ILA. “The NRA also thanks the sponsor of SB 175, Sen. Tim Schaffer and the state legislature for ensuring this fundamental protection iis codified by law.”

Previously, when victims faced a criminal element, the law required them to first try and run away or face penalties. With DeWine’s signature, law-abiding Ohioans will no longer face prosecution if they immediately defend themselves or others.

“Crimes can happen quickly and without warning. Most victims have a split second to react with the best course of action for their survival. By signing SB 175, Gov. DeWine ensures the law favors victims and not criminals,” said Weber. “We look forward to working with the governor in the future to advance the interests of law-abiding Ohioans."

IN THIS ARTICLE
Ohio duty to retreat
TRENDING NOW 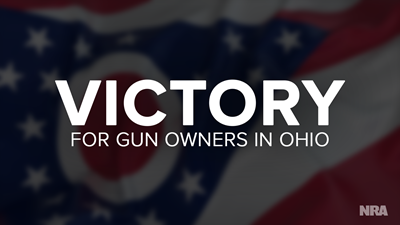