Gov. Phil Murphy has gotten very good at closing things down, and now the Garden State’s anti-gun and anti-hunting Governor is planning to put the kibosh on the state’s annual black bear hunting season.  He announced earlier this week that this would be the last year for the New Jersey bear hunt.  There’s only one problem.  He doesn’t have the authority to do that.  The bear hunting season and regulations are set by the New Jersey Fish and Game Council under statutory authority.

For Gov. Murphy, this is about politics, not science.  Hunting seasons are set by wildlife managers based on science.  The reality is that New Jersey has the highest black bear density in the country.  Since his ill-conceived directive to close state public hunting lands to black bear hunting in 2018 (private property remained open to bear hunting), bear complaints have increased every single month.  There are already more complaints this year than all of last year combined.  Human and bear interaction is a real problem, and the Governor’s political pandering to animal rights extremists is going to seriously endanger public safety.

The Governor made a campaign promise before he was elected to end the hunt, not realizing he didn’t have the ability to deliver.  As a result of incessant badgering from his animal rights extremist base, he has been exploring every backdoor means to shutter the hunt.  However, the Governor’s declaration of victory this week has put the proverbial cart before the horse.  The 2020 season has already been set.  The Comprehensive Bear Management Plan, and the Fish and Game Code, both sunset next June.  The Fish and Game Council, and the Commissioner must agree on a new management plan for the 2021 season to move forward.  Before any of that happens, there is a lengthy process, including a public comment period, which has to occur first.

Again, the heavy-handed Governor doesn’t have much regard for “public comment,” and he has proven that in recent months.  The Governor may have become a little too accustomed to shutting things down by edict in New Jersey, but the verdict is still out on whether or not the 2021 black bear hunt is doomed.  Stay tuned.

Please continue to follow NRA-ILA for the latest news and future updates on the New Jersey black bear hunt. 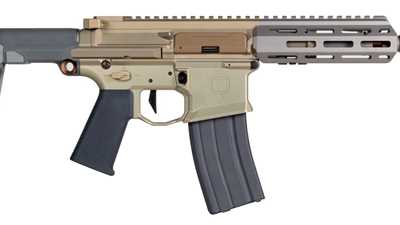