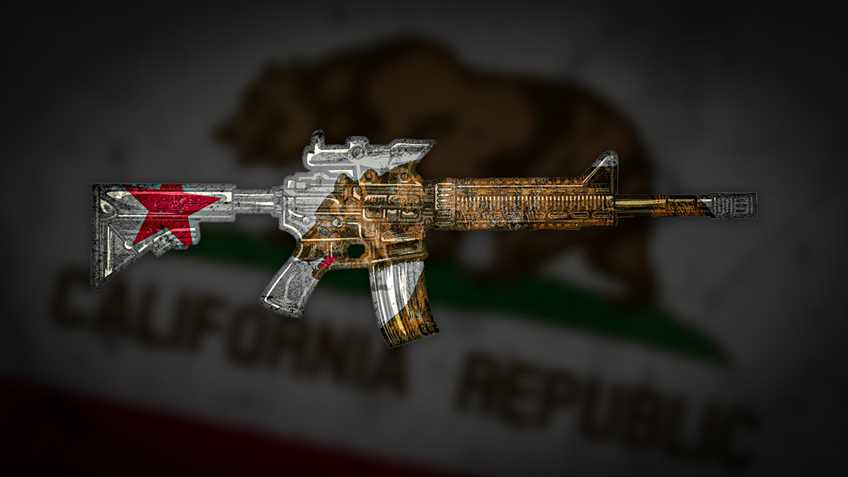 A state with one of the worst "Red Flag" gun confiscation laws on the books just got worse. On April 13, California Attorney General Xavier Becerra issued a guidance document on the procedures concerning certain types of restraining orders. Citing the ongoing COVID-19 panic, Becerra noted that all ex parte Gun Violence Restraining Orders (EGVROs) are to be extended 90 days past the statutory expiration date. Under state law, such orders expire after 21 days - meaning that an ex parte GVRO may now last up to 110 days. California's latest attack on gun rights and due process should serve as a warning to gun owners across the country about the dangers inherent to "Red Flag" gun confiscation laws.

California's ex parte GVRO procedure is already worthy of constitutional challenge as it deprives a person of a constitutional right without due process of law. At a bare minimum due process requires notice, an opportunity to be heard and present evidence, and the right to be represented by counsel.​

Under Cal.Penal Code §18150, an ex parte GVRO may be sought by an immediate family member or a law enforcement officer. Based solely on the word of the family member or law enforcement officer, if a judge finds that there is a "substantial likelihood" that the subject of the petition "poses a significant danger, in the near future, of causing personal injury to the subject of the petition or another by having in their custody or control, owning, purchasing, possessing, or receiving a firearm" an ex parte GVRO may be granted. Unlike the established evidentiary standards attendant to criminal proceedings, "substantial likelihood" is weak and nebulous and provides the subject of the petition little protection from frivolous allegations.

Further, law enforcement officers may seek a temporary emergency GVRO under Cal.Penal Code §18125​. This order may be based solely on the assertions of the law enforcement officer. If a judge finds there is "reasonable cause" to believe the target of the petition "poses an immediate and present danger of causing personal injury to himself, herself, or another by having in his or her custody or control, owning, purchasing, possessing, or receiving a firearm or ammunition​" the order may be granted. Like with the ex parte GVRO, this order relies upon the "reasonable cause" evidentiary standard, which is appropriate for the issuance of warrants, but unacceptably weak for the extended deprivation of a constitutional right.

An order issued under either of these procedures prohibits the subject of the order from "having in their custody or control, owning, purchasing, possessing, or receiving a firearm​." As these orders are issued without due process, the first time the subject may learn of the order against them is when law enforcement arrives at their home to confiscate their firearms.

In a tacit admission that the state is not permitted to deprive the Second Amendment right without due process, both types of GVROs expire within or at 21 days. In the case of an ex parte GVRO, the order "expires no later than 21 days from the date of the order.” In the case of a temporary emergency GVRO, the order "shall expire 21 days from the date the order is issued​." California is tied with Oregon for having the lengthiest ex parte GVRO orders, with most states issuing ex parte orders that expire in 14 days or less.

During this 21 day period, the court is tasked with holding a full hearing on whether to issue a full GVRO that prohibits the subject from possessing firearms for one year. Attendant to this hearing, the subject of an order is given notice, an opportunity to present evidence, and may be represented by counsel. The proponents of the GVRO must meet the much higher evidentiary standard of "clear and convincing" evidence for the order to be issued. If this burden is not met, the ex parte or temporary emergency GVRO is dissolved.

As written, the 21 day expiration dates for the ex parte and temporary emergency GVROs outlined in Cal.Penal Code §§18125 and ​18155​ are not contingent upon whether this full GVRO hearing takes place.

However, Becerra has adopted an interpretation of state law that requires a full GVRO hearing to take place before an ex parte or temporary emergency GVRO expires during a judicial emergency. In his guidance, Becerra's office noted "[d]uring the COVID-19 statewide emergency, all gun violence orders issued or set to expire will be extended up to 90 days to allow the matter to be heard by the court.​" Cal.Gov.Code §68115 ​provides that during "judicial emergencies" the courts may "[e]xtend the duration of any temporary restraining order that would otherwise expire because an emergency condition, as described in this section, prevented the court from conducting proceedings to determine whether a permanent order should be entered.​The extension shall be for the fewest days necessary under the circumstances of the emergency, as determined by the Chairperson of the Judicial Council.​"

As noted earlier, any ex parte "Red Flag" gun confiscation law violates the constitution. In order to combat gun rights advocates' legitimate concerns about due process, gun control advocates point to the temporary duration of the ex parte orders as curative of this deprivation of rights.

Michael Bloomberg's Everytown for Gun Safety boasts on its website about how "Extreme Risk laws have robust due-process protections.​" In arguing their case, the astroturf gun control group states:

“In a crisis situation where there is clear evidence that someone poses an immediate risk, a judge can issue an emergency ERPO that immediately suspends firearms access until a full hearing can be held, usually within 7 to 21 days. The United States Supreme Court has recognized, in multiple contexts, that this process—a pre-hearing deprivation followed by a full hearing within a reasonable time frame—satisfies the due process of law required by our Constitution.”

So, if their propaganda is to be believed, it would appear that even Bloomberg's gun control group would concede that the extension of ex parte GVROs to 110 days violates due process.

Prompt expiration of ex parte GVROs is essential because the ex parte procedure is unable to protect the rights of the innocent. According to the Sacramento Bee, in 2016 there were 86 GVROs issued after an ex parte proceeding. The ex parte orders were extended to a full GVRO in only 10 of those cases. Examining data from Connecticut and Indiana, Second Amendment Scholar and Attorney Dave Kopel determined that one-third of gun confiscation orders were wrongly issued against innocent people.

The COVID-19 panic should provide all Americans a new lens through which to look at gun control. Those who value their rights must not only consider how gun control measures might work under ideal circumstances, but also how these laws will be used by power-hungry politicians under the worst of circumstances.