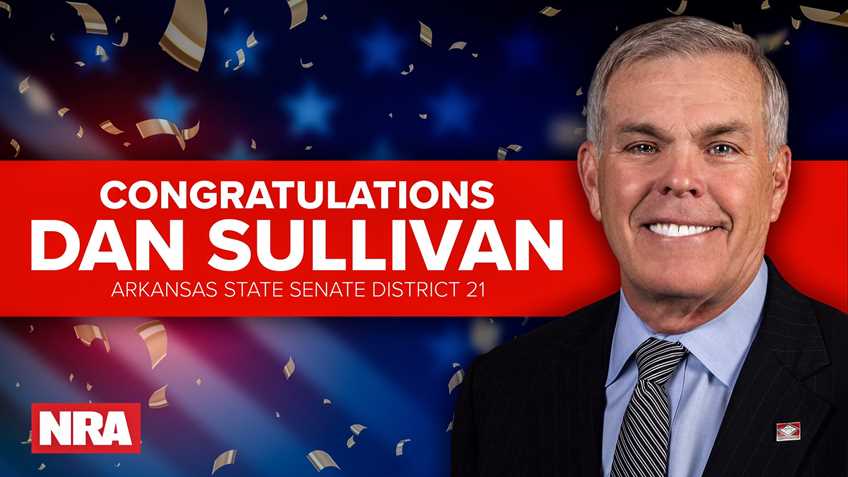 "On behalf of our 5 million members, the National Rifle Association commends Dan Sullivan on his well-run campaign and his significant primary win," said NRA Arkansas State Director Matt Herriman. “His leadership and votes demonstrate a strong dedication to our Second Amendment freedoms."

With the NRA's endorsement, Sullivan won with almost 60 percent of the vote.

"Once again, NRA members and Second Amendment supporters made a difference by showing up to the polls and voting. A majority of voters rejected the agenda of Michael Bloomberg's gun control groups, and they sent a clear message in support of our Second Amendment right to self-defense. Like all law-abiding gun owners, they know they can count on NRA-endorsed candidates to support their right to defend their families and homes," Herriman concluded.

As Sullivan is currently running unopposed, he will become the next senator for the Arkansas 21st senate district on Tuesday, Nov. 3, 2020.