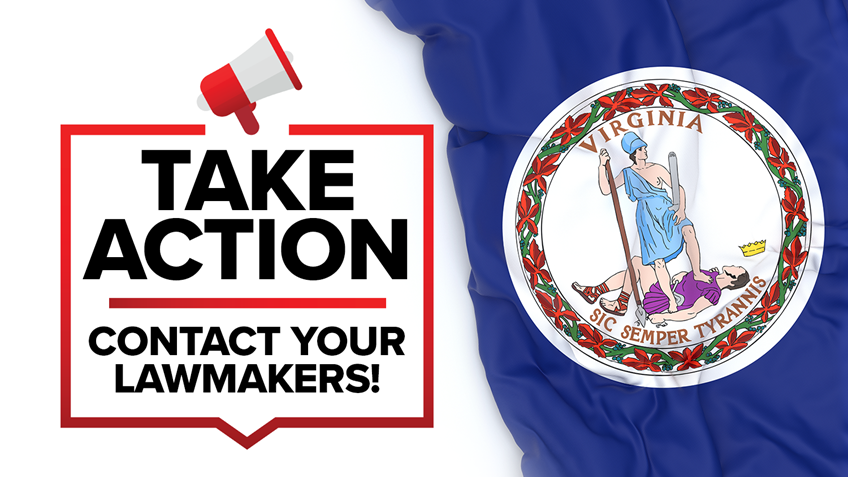 The anti-gun majority continues to fast track their agenda. On January 16th at 12PM, the full Virginia Senate will be holding floor votes on the gun control bills that only left committee on Monday.

Please contact your state Senator and strongly, but politely, ask them to stand with you and OPPOSE Senate Bills 35, 69, and 70. Click the “Take Action” button below to contact them directly and also click here to find their phone number.

Senate Bill 35, introduced by Senator Scott Surovell, would destroy Virginia’s firearm preemption laws by allowing localities to create new “gun-free zones” in and around public buildings, parks, and permitted events such as farmer’s markets. Criminals would ignore these restrictions, leaving law-abiding citizens unable to defend themselves and their loved ones.

Senate Bill 69, introduced by Senator Mamie Locke, commonly referred to as “one-gun-a-month,” would arbitrarily ration an individual’s right to lawfully purchase a handgun to once within 30 days.

Senate Bill 70, introduced by Senator Louise Lucas, would ban sales between private individuals without first paying fees and obtaining government permission. Firearm sales between friends, neighbors, or fellow hunters, would not be exempted. This proposal would have no impact on crime and is completely unenforceable.

Again, please contact your state Senator by clicking the “Take Action” button above or by calling them and ask that they stand with you and OPPOSE Senate Bills 35, 69, and 70.