Member Spotlight: Meet an NRA Virginia mom who is telling voters to ‘watch out’ for Bloomberg’s tricks in 2020 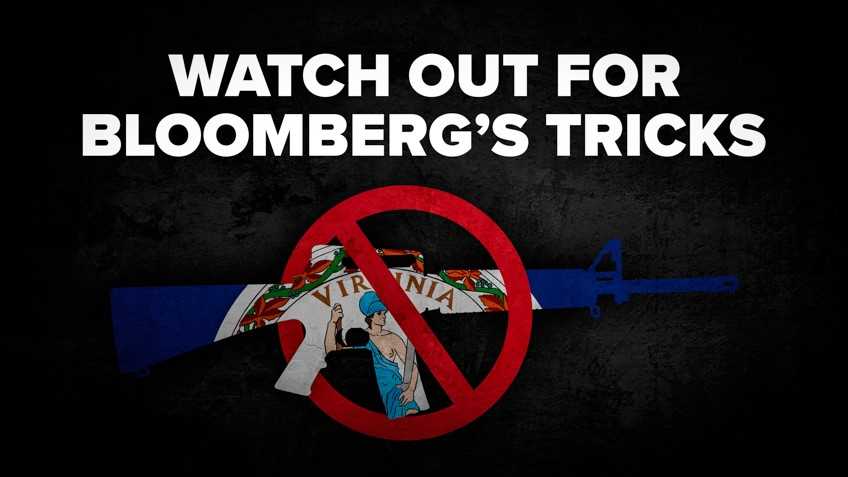 Suburban women are expected to play a pivotal role in the 2020 elections, which is why a lot of political groups are attempting to appeal to them. One of Bloomberg’s groups, Moms Demand Action, is styled to fool voters into thinking their extreme beliefs are representative of all suburban moms. And earlier this month in Virginia, this billionaire-funded group spent an enormous amount of money to flip a few seats and win a thin, anti-gun majority in the state legislature. Pro-gun suburban women in Virginia were outraged by the misleading campaign. We spoke with one, NRA member Megan Boland, who says the tactics employed by anti-gun groups in Virginia should serve as a cautionary tale to pro-gun suburban women across the country.

Q. What was your initial reaction when you heard gun control politicians took control of the Virginia House and Senate?

A. I was disappointed, but not surprised. As a communications professional, I could tell from the political ads that gun control groups were targeting suburban women with emotional messages. They were clearly trying to shame women like myself into believing that law-abiding gun owners are the problem in Virginia.

Q. As a long-time Virginian, what do you think is going on in Virginia politics?

A. It’s no longer Virginia politics. Virginia was flooded with out-of-state money from people like New York billionaire Michael Bloomberg. It’s very clear what he’s doing. He’s reaching into local- and state-level elections and beta testing his political message with the strategic and long-term goal of getting these local politicians eventually into national office. Personally, I’m really tired of billionaire men determining women’s futures and that’s what is going on here. If they really believe that women's rights are important, why attempt to strip me of a Constitutional right?

Q. Do you think Gov. Northam and anti-gun lawmakers in Richmond will stop at “common-sense” gun measures? Where do you think they are headed with gun control?

A.  There is nothing common sense about taking away people’s right and ability to defend themselves. Gov. Northam speaks about women’s equality, but the Second Amendment already guarantees my equality: Firearms are the ultimate equalizer. I think Northam and Bloomberg’s end game is to try and destroy the NRA and then, unopposed, eliminate the Second Amendment. I’m worried they’ll use things like red flag laws to silence us. For example, many of us fear an anti-gun nut job could try to red flag us and have our guns removed for simply talking about a weekend trip to the range. If we can no longer share our stories without fear of government retribution, it’s just one small step away from losing our rights. History is riddled with the systemic silencing of populations intended to dilute and destroy the culture until it is no more.

Q. What did you see the Bloomberg moms do in Virginia that upset you?

A. The big thing I see is that the Bloomberg Moms are getting into our schools and influencing administrators, teachers and, de facto, our children. Our side needs to do a better job of that. I’ve seen it time and again where gun control activists show up at playgrounds, local parks, and community parades and push their nonsense on other parents. I’ve tried getting equal access by going to my children’s school and inviting the NRA’s Eddie Eagle in the classroom. I’ve worked with my local law enforcement to make sure they are working with Eddie Eagle. There are a lot moms can be doing in their schools and communities to get our message out. The NRA is the only organization in the world dedicated to promoting the safe and responsible use of firearms, we need to talk about that! We need to make noise in our communities and be willing to have uncomfortable conversations with those who disagree with us. We have to do more than just gather for rallies and talk to people who are like-minded. We must engage respectfully with our opponents.

Q. Any final thoughts on what the rest of the country can learn from the Virginia elections?

A. The big thing we need is more pro-Second Amendment women to run for office, any office, school board, city council, judicial, state legislature and federally. I know [the head of Moms Demand Action] is working to get women to strategically build their resumes to run for office. We should be cultivating local women to do the same, and start by running for local office. This is such a huge issue, it requires those who support the 2A to get active and involved — not days before an election, but years before the election.