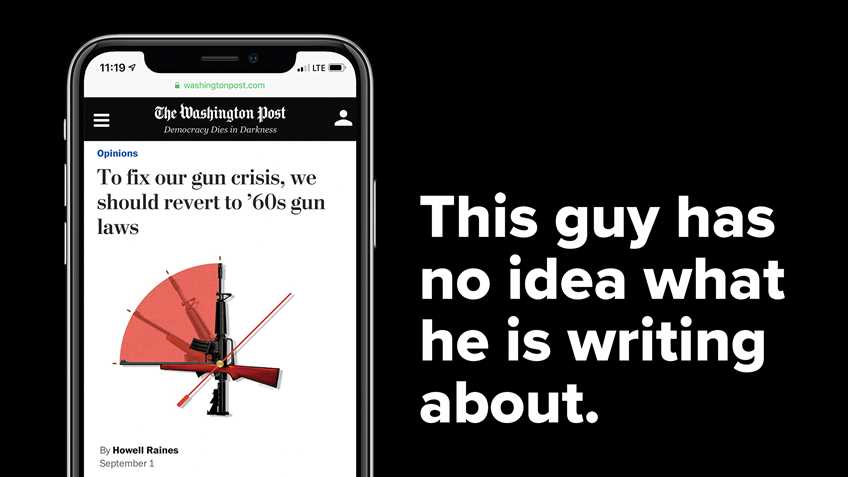 Proving once again that ignorance is no bar to publication in the U.S. legacy press, former executive editor of the New York Times Howell Raines has offered his inane take on the current gun control debate in a piece for the Washington Post. According to the gun-control supporting newspaperman, the key to solving the political stalemate over firearms is to “revert to the gun laws that prevailed in the United States around 1960.” Raines claimed such a move would “break the maniacal hold of the National Rifle Association on the nation’s recreational shooters, not to mention Congress.”

If this proposal seems downright bizarre coming from a gun control supporter, readers should keep in mind that Raines had no idea what he was writing about.

Harkening back to a fictional past, Raines wrote,

law-abiding hunters and target shooters had all the weapons and firepower they needed and were not in a state of constant turmoil over state and federal laws that restricted most shotguns to three rounds and most semiautomatic rifles and handguns to fewer than 20 rounds… Deer and elk hunters who used larger caliber rifles felt amply equipped with standard magazines of a half-dozen or so shells.

A return to these basic restrictions on loadings would appeal to most hunters, firing-range shooters and gun collectors who battle the nonstop whirlpool of NRA paranoia.

Contrary to Raines’s memory, there was no federal restriction on shotgun or semi-automatic rifle magazine capacity in 1960. A restriction on magazine with a capacity greater than 10-rounds was enacted under the 1994 Clinton “assault weapons” ban.

To consider some of the consequences Raines’s proposal would have for gun owners, one must look to the actual laws in 1960. On the federal level that means gun owners would be subject to the Federal Firearms Act and the National Firearms Act.

In 1960 the federal prohibited persons categories were far narrower. The FFA prohibited the possession of firearms by fugitives and those who had been convicted of a “crime of violence.”

There would be no National Instant Criminal Background Check System or requirement that gun dealers run any kind of background check on gun buyers. Gun buyers could order firearms through the mail directly to their doorstep.

As the Hughes Amendment wasn’t enacted until 1986, Americans could once again purchase newly-manufactured machineguns, provided they pay for the tax stamp required under the NFA. There would be no federal restriction on the composition of handgun projectiles.

However, were Raines’s proposal to be carried out, there would be some ways in which firearms laws would be more restrictive.

In 1960 gunowners did not enjoy the strong state firearms preemption laws that they do today. Old versions of ATFs State Laws and Published Ordinances are replete with all manner of local registration, may-issue licensing, permit to purchase, and carry ordinances that have been wiped off the books by state preemption laws.

The same goes for the Right-to-Carry. The Right-to-Carry revolution did not start until 1987, when Florida passed its landmark legislation. Prior to 1987, there were 9 Right-to-Carry states. Today there are 42. Before this sea change, many Americans could only lawfully exercise their Right-to-Carry at the discretion of a government official.

Was it Raines’s intention to propose a gun law regime where you can meet the mailman in your driveway to pick up your new AR-15 while carrying a Glock 18 loaded with KTW ammunition? Unlikely, considering his misconceptions of federal law. What is likely is that more lazy thought pieces containing inaccurate information will disseminated by a legacy press eager to publish anything that promotes a gun control agenda. 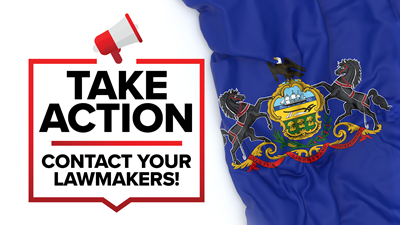