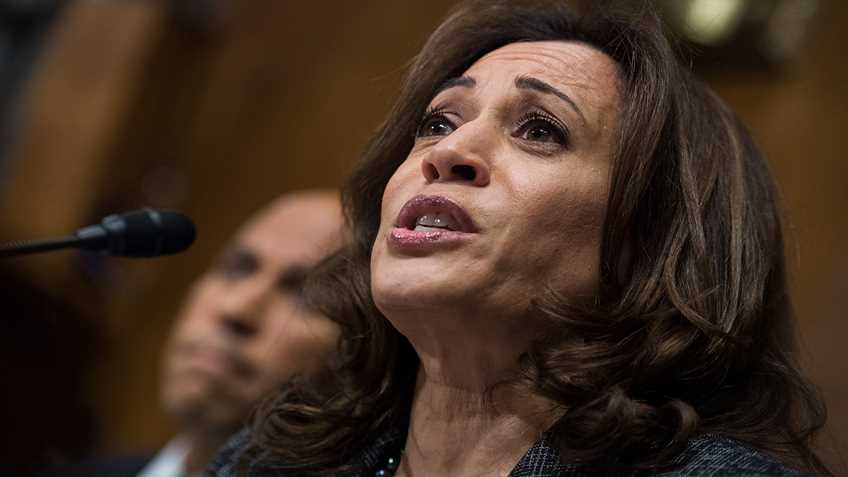 U.S. Senator Kamala Harris (D-Calif.), one of the two-dozen Democrat presidential hopefuls vying to take on President Donald Trump in 2020, has been promoting her anti-gun platform for many months. This isn’t really news, as every Democrat seeking the party’s nomination has embraced virulently anti-gun policies in some way, shape or form. The apparent task of each candidate, including Harris, is to prove he or she is the MOST anti-gun. This, it would appear, is necessary to satisfy the anti-gun extremists that hope to guide the entire Democrat Party down the path of eviscerating the Second Amendment.

And Harris is willing to comply, as she continues to promote the outline for her plan to go after law-abiding gun owners and the lawful firearms industry if she is elected president.

Earlier this year, Sen. Harris announced that her presidency would include banning the importation of AR-15-style “assault weapons.” As we pointed out when she made this statement, however, that has already been done, with NRA-ILA long objecting to this policy. The announcement by Harris displayed either a stunning lack of knowledge about current firearms import regulations, or a burning desire to simply pander to anti-gun extremists within her party.

Then again, there’s no reason it cannot be both.

Another aspect of her plan is to go after “gun manufacturers and dealers that break the law.” In other words, she is announcing that she is going to do what every president has the power to do, and has done. The only reason she makes this part of her platform is to use it as a means to attack the Protection of Lawful Commerce in Arms Act (PLCAA); a strong safeguard for our right to keep and bear arms that NRA-ILA promoted for years.

Repealing or judicially nullifying the PLCAA has been a priority for the gun ban lobby ever since the law was enacted in 2005. While anti-gunners like Harris try to portray the PLCAA as providing “extraordinary” or “unparalleled” legal protection to gun makers and sellers, in reality it simply ensures that activist courts cannot create a firearm-specific exemption to well established principles of law. The most important of these is the widely accepted legal concept that an individual cannot generally be held liable for the conduct of others.

The PLCAA was enacted to protect the firearms industry against a highly-orchestrated and coordinated series of lawsuits that sought to either bankrupt the industry or force it to “voluntarily” adopt the sorts of measures gun control activists had unsuccessfully sought to impose by legislation. At the core of these suits was the fallacy that gun manufacturers were somehow responsible when violent criminals used lawfully manufactured firearms to commit heinous acts.

The PLCAA put an end to this, while still allowing for liability for those who knowingly engage in bad conduct. For example, it contains exceptions for marketing a defective product, entrusting a firearm or ammunition to someone unfit to have it, or breaking a law “applicable to the sale or marketing of the [firearm or ammunition],” and thereby causing the plaintiff’s injuries.

Perhaps the most problematic of her proposals is that Senator Harris has also made clear that, if elected president, she would use executive action to impose new restrictions on the lawful transfer of firearms. Harris would consider anyone who sells five or more guns in a year to be a “dealer,” and would have to conduct background checks on all sales. She calls her scheme “near-universal background checks,” but as has been pointed out, such a proposal would not achieve what she claims, as the scope of a president’s executive power would severely limit what she could actually mandate beyond existing law.

As usual with anti-gun ideas, the details are missing regarding her “near-universal background check” proposal.

The National Instant Criminal Background Check System (NICS), which firearms dealers utilize to conduct background checks prior to selling a firearm, cannot be utilized by someone who does not have a Federal Firearms License (FFL). Does she propose a new, special FFL for those who don’t want to be an actual licensed firearms dealer like your local gun shop or Cabela's?

More than likely, she hasn’t planned that far ahead, as all she is really looking for is to present something that shows how anti-gun she is.

If there actually is some sort of FFL she proposes for people who don’t run an actual gun shop, how will you know if you need to get one?

Let’s say you have a large collection of firearms, but don’t really plan on selling any of them. One day in January, though, a friend admires one of your guns, and you decide to sell it to him. You aren’t a “dealer” under the Harris plan, so you aren’t required to run a background check. In April, you decide to sell another one you no longer want. Still not a “dealer,” so still no background check. In August, you sell two to help pay for an unexpected expense. The Harris-threshold still has not been met, so still no background check requirement. December rolls around, and you want to buy something really special for your kids for Christmas, so to help pay for it, you sell your fifth firearm that year.

Will the Harris “dealer” definition now kick in? If “President” Harris has an FFL-lite in place, can you get it retroactively?  And what about those earlier sales? Will you have to track down the people to whom you sold firearms earlier in the year and conduct an after-the-fact background check? Or does Harris think you are now in violation of her system, because you should have known you would sell five firearms?

Realistically, if you own five firearms, you have the potential to sell five firearms in a year. Maybe Harris understands this, and is really pushing for the registration of gun owners who own five or more firearms. After all, they could sell them.

Then again, the Harris plan does imply that you would only be subject if you sell your firearm “for profit.” Does this mean that, in order to stay within the boundaries of her suggested scheme, any firearm you sell can only be sold for no more than you actually paid for it? Firearms often increase in value, especially older, collectible ones. Sometimes you luck into a real deal, and purchase one for well below market value. Since the details are unclear as to what, precisely, Harris has in mind, it is not out of the question to presume that her plan could act as a price control scheme for private firearm sales.

That could be terrible for current gun owners, but great for future gun owners.

We thought Harris and her anti-gun supporters wanted to diminish the number of gun owners, but this scheme could be construed as actually helping future gun owners with purchasing firearms at prices that have been artificially set at lower levels than the market would normally dictate.

Of course, her scheme is merely anti-gun window dressing, as Sen. Harris is simply pandering to anti-gun extremists when she talks about “near-universal background checks.” The reality is that background checks don’t stop criminals from getting guns. And the executive power she would need to really implement her plan simply doesn’t exist.

Kamala Harris tends to poll in fourth place among the two-dozen Democrat candidates seeking the party’s nomination as the chosen challenger to President Trump in 2020, and remains well behind front-runner Joe Biden. Nonetheless, her promotion of anti-gun policies, as perplexing as some of them may be, should cause concern for all law-abiding gun owners as long as she remains a somewhat viable candidate. 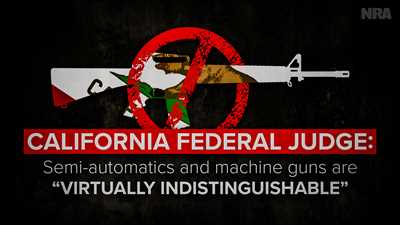