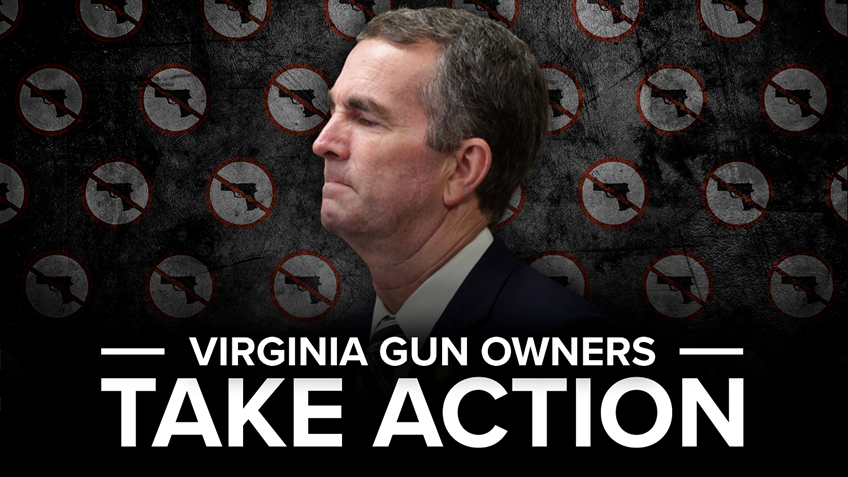 Despite his failed gun control agenda being soundly defeated early on in the 2019 regular legislative session, Governor Ralph Northam has called a special session to once again push for radical gun control in response to the tragic murders in Virginia Beach last month.

Gov. Northam and his media allies are desperate to deflect attention from scandals involving all three statewide office holders and are cynically trying to blame Virginia's law-abiding gun owners for the actions of a madman.  Of course, they know that none of the policies Gov. Northam is proposing would have prevented the tragic murders in Virginia Beach, but they will significantly impact the rights of Virginia’s law-abiding gun owners.  That’s why it’s critical that every gun owner in the Commonwealth contact their legislators and urge them to OPPOSE Gov. Northam’s and his media allies’ gun control agenda.  Contact your legislators below.

A June 7th press release from Northam’s office made clear that the Governor is seeking to enact the following severe firearms restrictions upon law-abiding citizens while doing nothing to stop criminals:​

The wording of the press release suggested that this is not a complete list of the gun control measures the Governor wants the General Assembly to consider.