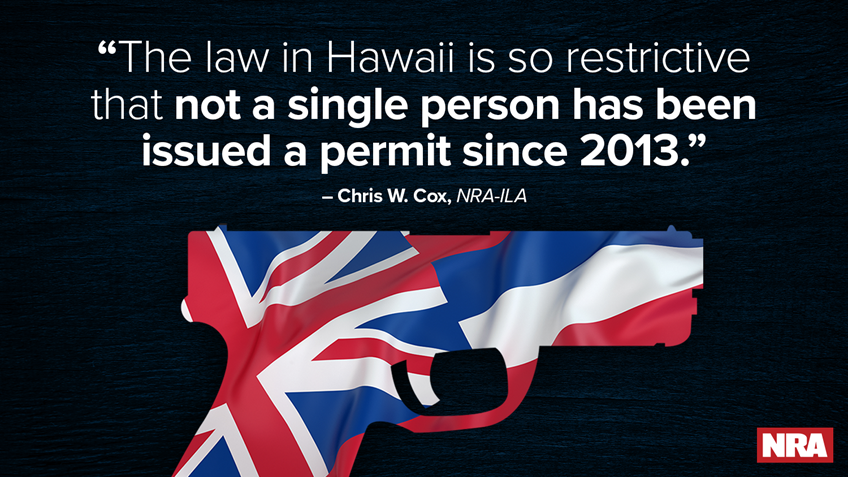 FAIRFAX, Va.– The Hawaii Rifle Association, with the support of the National Rifle Association, filed a motion today seeking an immediate injunction against the unlawful and unconstitutional requirements Hawaii imposes on residents who wish to carry a firearm for self-defense.

The injunction was filed as part of an ongoing lawsuit, Livingston v. Ballard, challenging Hawaii’s extreme requirement that a carry license can only be issued in “urgent” or “exceptional” instances.

“The law in Hawaii is so restrictive that not a single person has been issued a permit since 2013. It amounts to a prohibition on carrying a firearm, and that’s unconstitutional,” said Chris W. Cox, executive director, National Rifle Association Institute for Legislative Action (NRA-ILA.)

The injunction asks the court to lift the extreme standard while the case is being litigated.

“Americans have a fundamental constitutional right to keep and bear arms for self-defense.  Under the current system, Hawaii is denying its citizens their ability to exercise that right. This must change,” Cox concluded.