“I will not comply with that law. I will not send my deputies into harms way to remove any weapon from anyone that they lawfully and legally purchased. It’s wrong, it’s unjust and it’s unconstitutional. It’s fundamentally flawed and I can’t do it,” says Sheriff Lewis.

Sheriff Lewis is talking about a proposed bill that he believes takes away the rights of law abiding citizens. Senate Bill 737 would add the heavy barreled AR-15 to the list of weapons that have been deemed dangerous in the state of Maryland.

Blast from the Past: Proof Found That Brady Campaign Still Exists! 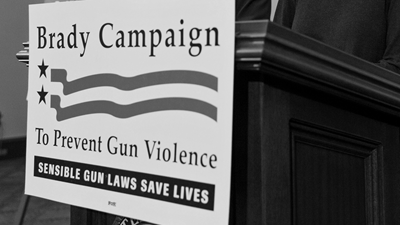