On February 24th, the Virginia General Assembly adjourned sine die from the 2019 Regular Session.  During this session, Governor Ralph Northam and anti-gun lawmakers launched an ambitious campaign to impose sweeping, New York style gun control in the Commonwealth.  Your NRA, along with our members and other Second Amendment supporters, worked aggressively to make sure that these bills never made it to Gov. Northam’s desk.

Some of the most egregious bills from Gov. Northam’s wishlist:

Senate Bill 1008, sponsored by Senator Adam Ebbin (D-30), and Senate Bill 1163, sponsored by Senator Richard Saslaw (D-35), contained very broad and overreaching language to ban items that increase the rate of fire of semi-automatic rifles, but do not fundamentally alter the way they operate.  It could have been interpreted to ban firearm modifications such as match grade triggers, muzzle brakes, and ergonomic changes that are commonly done by law-abiding gun owners to make their firearms more suitable for a variety of lawful purposes.

Senate Bill 1162, sponsored by Senator Richard Saslaw (D-35), would have criminalized private firearm transfers and denied adults under the age of 21 their Second Amendment rights by prohibiting them from purchasing firearms.

Senate Bill 1446, sponsored by Senator Mamie Locke (D-2), and House Bill 2604, sponsored by Delegate Jeion Ward (D-92), would have reinstated a handgun rationing law that was in place from 1993 until it was repealed in 2012.  They would have limited handgun purchases to one per 30 day period.

House Bill 1691, sponsored by Delegate Marcus Simon (D-53), was a vaguely worded attempt at banning “undetectable firearms” already banned under federal law.  It would have likely banned many commonly owned firearms made with modern materials that are not actually undetectable.

House Bill 2492, sponsored by Delegate Kathy Tran (D-42), would have banned many commonly owned semi-automatic rifles and handguns as well as ammunition magazines greater than ten rounds in capacity, encompassing most standard capacity magazines in use by law-abiding citizens.  In addition, it would have banned the carrying of certain shotguns by individuals who do not have a concealed carry permit.

Your NRA will be back in Richmond for the 2020 legislative session, and in the meantime, please stay tuned to www.nraila.org and your email inbox for further updates on issues affecting our Second Amendment rights and hunting heritage in Virginia.  With the 2019 Virginia election season coming up, it is especially important that we remain vigilant as both pro and anti-gun candidates will be running for office to make laws that will impact law-abiding citizens across the Commonwealth. 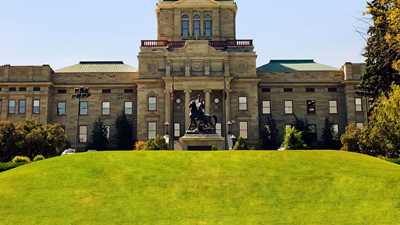